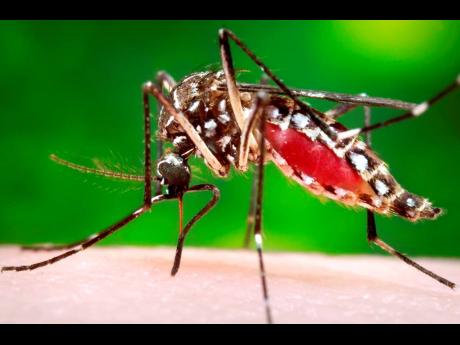 The St James Health Department says 216 premises in the parish were identified during the month of May to be positive for mosquito breeding that could potentially lead to the spread of dengue fever, which is 113 more than was reported in April.

She also revealed that St James’ Aedes index, the indicator for the level of dengue fever spread in the parish, had increased to six per cent.

“We have seen an increase in the index for this period by one per cent. This was expected since there has been some rainfall recently, and as we know, the hurricane season has begun,” McFarlane added, referencing the annual Atlantic hurricane season, which began on June 1.

The health department’s latest report indicates an increase in the number of premises that were checked for dengue spread during May, compared to April. During last month’s sitting of the StJMC, it was reported that 2,031 premises and 18 communities were inspected during April, of which 103 premises were found to be positive. Twelve communities were fogged.

Additionally, the increase in St James’ Aedes index follows a three-month record-low index of five per cent from February to April. It also indicates a return to the previous trend of shifting Aedes numbers as St James recorded an 11.5 per cent index last August, 13.2 per cent in September, and 25.6 per cent in October, followed by a decline to 18.2 per cent in November and 12 per cent in January this year.

McFarlane said that financial support is being sought for St James’ vector control task-worker programme to control the spread of dengue and reduce mosquito breeding. However, she did not state how much funding would be required.

“This would be the opportune time for the re-engagement of the task-worker programme in order for us to have a better coverage across the parish. They would be very beneficial to us at this time,” she said.

In the meantime, Montego Bay Mayor Leeroy Williams urged the StJMC councillors to see to the cleaning of all drains in their respective divisions.

“I have mentioned about the hurricane season, and I am asking all our councillors to pay special attention to the cleaning of drains in their divisions because we know how dangerous it can be when the drains are clogged up. I must implore you to make all the effort that is possible to ensure that the drains are cleaned,” said Williams.