No rest for the dead 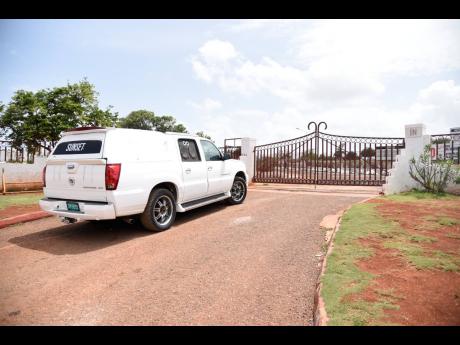 Nicholas Nunes/Photographer
A hearse parked in front of the closed gate of Meadowrest Memorial Gardens after burial workers walked off the job on Thursday. 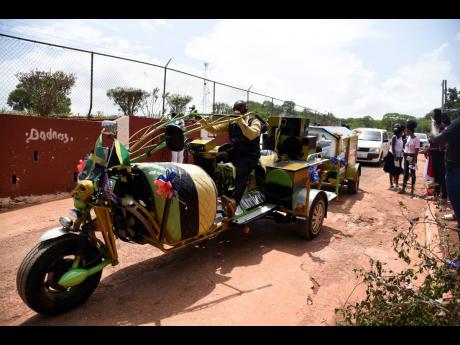 Nicholas Nunes/Photographer
Michael Archer, managing director of Archer’s Funeral Home and Supplies Ltd, turns back after his entry was denied at Meadowrest Memorial Gardens because of labour unrest Thursday. 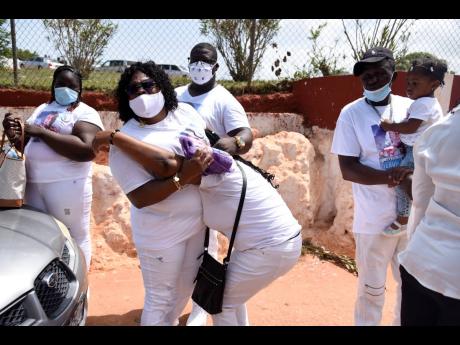 Nicholas Nunes/Photographer
A woman bursts into tears upon hearing that mourners were being barred from entering Meadowrest Memorial Gardens to bury a loved one because of labour unrest on Thursday. The wage dispute caused disappointment for scores of persons who are already prohibited from having funerals because of COVID-19 regulations.
1
2
3

Burials may be resumed today at the Meadowrest Memorial Park in St Catherine after a pay dispute sparked a worker walkout on Thursday, forcing scores of mourners to turn back without their dead being interred.

Four of the 18 burials scheduled were completed before the unrest began on Thursday.

Marian Campbell, who had planned the burial of her mother whose body was stored at the Garden of Paradise Funeral Home in Kingston, was heartbroken on Thursday.

“The pain is there and now this disappointment. ... I thought I would get some closure today,” Campbell told The Gleaner.

“It is not right for them to wait until we journey from Kingston to turn us around.”

Marketing manager of the funeral home, Cody Johnson, said she only knew about the labour dispute when she got to the gate and was turned back.

Patrick Morais, who was shot and killed in Portmore by gunmen in April, was among those scheduled for burial on Thursday. When a throng of mourners turned up with the coffin and were prevented by entering the premises, some chastised the police for their actions while others broke down and cried.

A relative of the deceased man said that it would be very difficult to plan for another day.

“Most of us took days off without pay. Some of us put in for sick leave just to attend this funeral today, and our time has been wasted. It’s really unfair,” the relative said.

The temporary workers, who are currently paid a daily wage of $2,500 dollars, accused the Meadowrest management of refusing to make good on a commitment of an additional $300 per day. They said they have been waiting for three years to receive the wage hike but claimed that only $125 was added to their daily pay.

“What we did in 2019 was double up on what they would normally get in a two-year wage adjustment cycle, and for the first time, deductions were made towards NIS (National Insurance Scheme) and Housing Trust on their behalf,” she disclosed.

Chambers said they had settled on a $200 per-day increase, effective June 1, 2021. Letters stating the terms were prepared but not yet issued, she said.

The chief executive said that despite the industrial action, she understands that the nine permanent staff were able to accomplish 50 per cent of burials planned for Thursday.

“Meadowrest has always respected the workers, and in my view, $200 per day, given the ups and downs of the environment, is quite reasonable,” she said.

Chambers apologised to all the affected parties and pledged to meet with funeral directors to address any grievances.

The Meadowrest CEO could not give any firm assurance on whether burials would be resumed on Friday.

“It is our hope and expectation that burials will resume tomorrow. We expect our workers to be back on the job,” Chambers said.

Lucien Graham, public relations officer for the Independent Funeral Homes Association, could hardly conceal his frustration when he turned up for a burial.

“This is stupidness! This cannot go on any longer. What am I to tell the family of the deceased?” asked Graham, who is also director of the Sunset Funeral Home in Portmore.

“I will have to get some compensation from somebody – Meadowrest, somebody,” he snapped.