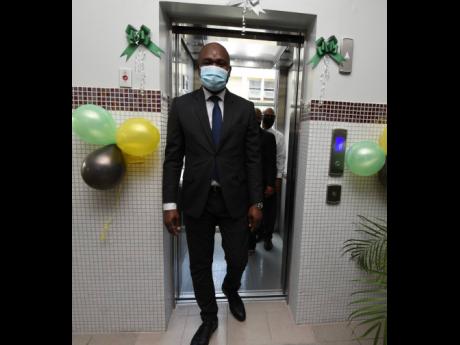 There is a renewed call for the crafting of legislation similar to the Child Care and Protection Act to protect the elderly, who are at risk of abuse by relatives or while receiving institutionalised care.

The latest appeal came from attorney-at-law Essence Monroe-Douglas, who noted that while aspects of the Domestic Violence Act, the Offences against the Persons Act, the Sexual Offences Act, and the Maintenance Act could be used to address certain crimes, targeted legislation should be pursued.

“Currently, there is no established legislation speaking specifically to elder abuse or the protection of our elderly,” she lamented.

Monroe-Douglas said that the penalties for breaching a protection order under the Domestic Violence Act – a fine of $10,000 and/or up to six months’ imprisonment – are not sufficient to deter persons who exploit the vulnerable.

While officials were unable to give data on the extent of the issue locally, international data indicate that 16 out of every 100 elderly persons have experienced at least one type of abuse.

Dr Douladel Willie-Tyndale of the Mona Ageing and Wellness Centre said the incidence is likely to increase at a faster pace with the rate of ageing in the global population.

“As the older population increases, there becomes difficulty now in finding resources to address the different needs that emerge, and so people can become more upset at the fact that we have to be sharing these scarce resources, and then that kind of thought process can manifest itself in some kind of physical or psychological harm to older persons,” she said.

State minister in the Ministry of Labour and Social Security, Zavia Mayne, noted that older persons account for 12.6 per cent of Jamaica’s population. That ratio, he said, is expected to double by 2050.

The COVID-19 pandemic, he said, has amplified focus on reports of abuse and neglect of older persons in their communities and in their homes.

“Unfortunately, most cases of elder abuse reported are perpetrated by persons known to the senior citizens, oftentimes, their very own family members,” Mayne said.

The Caribbean Community of Retired Persons appealed in 2017 for legislation that would give the elderly protection similar to children under the Child Care and Protection Act. That call came following increasing anecdotal reports of crimes against the elderly.