‘They are killing Grants Pen’ 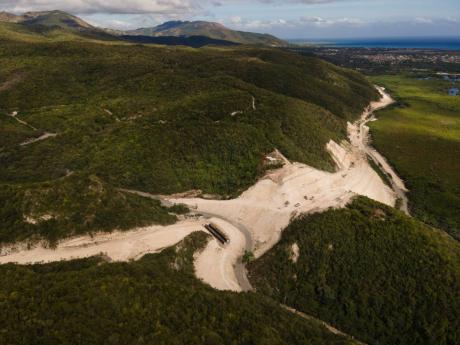 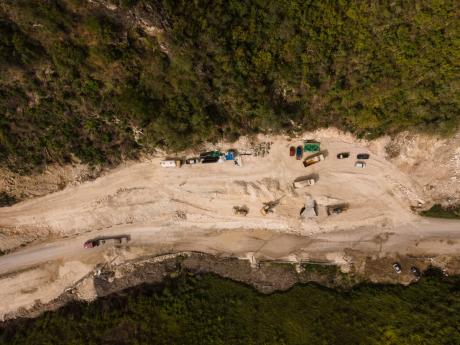 Gladstone Taylor
FILE PHOTOS An aerial photograph of the construction under way for the Southern Coastal Highway Improvement Project. 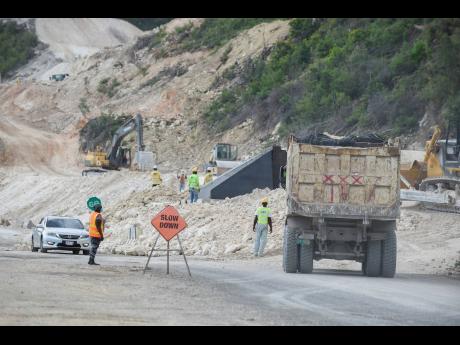 File
Construction work under way along the Southern Coastal Highway Improvement Project on Monday, April 5. Residents of Grants Pen in St Thomas are concerned that road bypassing of their community could threaten its survival.
1
2
3

Residents of Grants Pen in St Thomas are concerned that the long-awaited road improvement, which they have clamoured and protested for many a time, may ultimately sound the death knell for their small but lively community. The multibillion-dollar...

Residents of Grants Pen in St Thomas are concerned that the long-awaited road improvement, which they have clamoured and protested for many a time, may ultimately sound the death knell for their small but lively community.

The multibillion-dollar Southern Coastal Highway Improvement Project (SCHIP) will see the rehabilitation of some 110 kilometres of roadway between Harbour View in St Andrew and Port Antonio in Portland, which is expected to bypass the community of just over 100 residents as sections of the roadway are realigned. It is expected to open up new areas for tourism development and improved traffic flow in several urban centres along the country’s southern coastal arterial roadway.

More than US$53 million (J$7.95 billion) has already been spent on the SCHIP, with Prime Minister Andrew Holness saying in March that during the year, work will commence on five additional contract packages valued at approximately J$6.6 billion. A sum of $17.4 billion has been allotted in the 2021/22 Estimates of Expenditure to continue implementation of the SCHIP.

On Tuesday, the concerned residents gathered yards away from the coastal fishing village, the main income-earner for many residents, to voice their displeasure with the plans.

“If we heading from Kingston, we will have to drive all the way to Albion just to enter Grants Pen. I am a fisherman and most of my customers are not from the community, but while me can go out and do my thing, what about those with bars and shops on the roadside who depend on passers-by to support them?” asked Khavel Dixon.

He told The Gleaner that he foresees an end to the businesses in his area and a general decline in the entire community.

“They (businesses) will have to depend on community members to buy from them because with how the road setting up, if you don’t have a reason to come Grants Pen, then no one will come this side,” he reasoned, pointing out that many businesses relied on travellers for patronage.

Echoing his neighbour’s concerns, David Bowen, who had organised the meeting, said that residents would be expected to dig deeper into their pockets for commute.

“No vehicle will be passing here now and not everybody has the extra fare to travel. Not even bread van maybe won’t want to come around here,” he said. “We have elderly, schoolchildren. Little youth with vision not going to want to live here. They are killing Grants Pen and these are the things that we want to prevent.”

“We have councillor on PNP (People’s National Party) side and an MP on the JLP (Jamaica Labour Party) side, two giants representing in Parliament and parish council. Let us come together and fight for Grants Pen,” he urged the residents.

Among his concerns was that the community is unaware of the scope of work.

“Usually, when big projects like these happening, you will see a sign showing what is happening. No development sign is there to show what the road will look like. We can’t jump up glad that we a get highway and we going to get work if in the long run it doesn’t matter. I’m excited about the development coming to St Thomas because it’s a long time we want it – all block road for it – and now it coming just to kill us as a community,” he said.

Councillor for the Llandewey division in which Grants Pen falls, Edwin Marr, supported the view that the survival of the community is being threatened.

“Based on what I am seeing, it is of grave concern. It appears to us as if there will be an imminent threat in that the bypass will cause no traffic to pass through the community so people depending on roadside commerce to survive will be at a disadvantage,” he said.

“We’re not objecting to development because it is widely accepted, but you have to put into consideration something for the Grants Pen residents. It is not yet forgotten, but it will be in short order as soon as the road is open,” Marr added.

One resident, however, seemed resigned to his fate.

“What are we arguing for? The road done not coming here. We don’t have any say. This meeting should have happened before everything start. Now is just like you a stay behind hog and a dash the seed pon him, but I hope me wrong,” he said.