Under-50s will have to hold off second jab 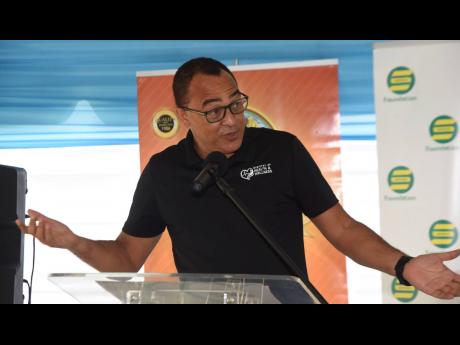 Kenyon Hemans/Photographer
Christopher Tufton: “We are forced to prioritise the most vulnerable who are due to get their second dose.”

Jamaicans under 50 years old who have received their first dose of the COVID-19 vaccine may have to wait longer than anticipated for their second jab as the Government places vulnerable groups as priority.

Approximately 35,000 people will be affected, Minister of Health and Wellness Dr Christopher Tufton confirmed, explaining they will be placed on hold until further notice.

“We are forced to prioritise the most vulnerable who are due to get their second dose,” he said during a press conference Thursday evening, noting that the efficacy of the vaccine will protect those delayed, even after the 12-week window closes.

The minister did not entertain any suggestions that first-dosers may have to press the reset button, assuring the nation that inoculants would be sourced in good time.

The vaccination programme has been hampered by an availability crisis, with wealthy nations stockpiling tens of millions of vaccines, starving poorer countries of immunity. Jamaica is among a number of countries expected to tap 25 million vaccine doses gifted by the United States to COVAX, the global pool for developing nations. Another 1.9 million doses purchased by the Holness administration are set to arrive in August.

Immunisation candidates being deferred were recently advised via text messaging that they were to turn up at this weekend’s vaccine blitz.

So far, some 220,000 Jamaicans have been vaccinated, with 168,750 receiving their first dose, Dr Melody Ennis, the country’s vaccine czar, said on Thursday.

The majority are over age 60, with persons 70-79 taking up the lion’s shares of the vaccine.

The news comes as the number of persons contracting the disease has plummeted, with deaths falling to an average of three per day. However, Chief Medical Officer Dr Jacquiline Bisasor-McKenzie is warning the population not to let down their guard.

“Although the positivity rate has been decreasing, 10 per cent is still high,” she said, adding that the country has scaled the heights of nearly 40 per cent in the past.

Positivity rates above five per cent are viewed as above the global norm.