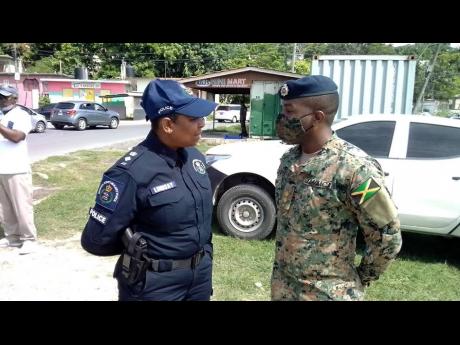 The violence-plagued community of Norwood, St James, is a stronghold of key criminal gangsters whose reign the security forces will seek to end with a security blanket and social intervention, the police have confirmed.

That declaration came hours after Prime Minister Andrew Holness announced that the gritty, low-income community had been designated a zone of special operations (ZOSO).

The double-pronged strategy is key to reining in spiralling gun violence that has seen 15 murders and 14 shootings in the one-square-kilometre community.

Senior Superintendent of Police Stephanie Lindsay, the constabulary’s chief spokesperson, acknowledged the steep challenge facing the security forces in gaining residents’ trust amid a strong anti-informant culture but believes that they will chip away at resistance.

“As we progress with our operations, and we know that the big part of the zone of special operations is the social-intervention component, so I know another team will be coming in to do that aspect of it, and we will continue to ensure that we keep the area safe in order for them to execute that,” Lindsay told journalists on Sunday.

Police and soldiers manned several checkpoints in Norwood on Sunday aimed at cutting off access points that are crucial escape routes for criminals.

Holness disclosed at a Jamaica House press conference that a total of 66 murders had been recorded in Norwood since 2019. Six gangs are reportedly operating in the area.

The most recent murder in Norwood took place on Friday afternoon at Church Lane, where a young man, who hails from another section of the community known as Hugga Lane, was shot and killed shortly after 5 p.m.

Residents told The Gleaner that men from Hugga Lane have been at war with factions in Church Lane in recent months.

This is the second ZOSO implemented in St James, the first being Mount Salem in 2017.

That ZOSO is still in effect.