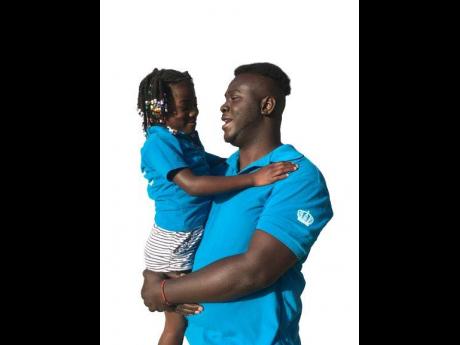 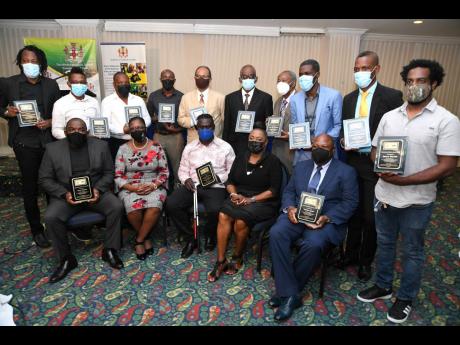 Although COVID-19 has had a negative effect on some families, 33-year Shavane Daley has used the new realities brought on by restrictions to immerse himself in his daughter’s school life.

Five-year-old Achaeya Daley is one of the hundreds of thousands of students who have been forced to engage in online classes since schools were closed in March of 2020. with temporary reopenings along the way under strict guidance.

The visually impaired Daley says that his disability has not diminished his ability to be a good father.

“The only time I have an issue with my blindness is that you want to provide the best for your child and family. However, because of the disability, even though I am highly educated, employment [opportunities are] still not there,” Daley told The Gleaner.

Daley was one of 25 men who received the Outstanding Father Award at the Knutsford Court Hotel in St Andrew on Wednesday, three days after Father’s Day.

The award, which is sponsored by the Bureau of Gender Affairs Services – a division of the Ministry of Culture, Gender, Entertainment and Sport – seeks to affirm the important role fatherhood plays in society and to honour committed dads.

Damien Campbell, who is deaf, was the other disabled father who was awarded.

Campbell, who was not able to attend the ceremony, sent a video message expressing his gratitude.

Member of Parliament for St Catherine East Central Alando Terrelonge – who is also the state minister in the Ministry of Culture, Gender, Entertainment and Sport – was also awarded, but missed the event.

Even though he had lost his sight at 14, Daley was always determined to excel at academics. He has a master’s degree in cultural studies and has been accepted to write for his PhD in the same field at The University of the West Indies (UWI), Mona.

Daley is currently unemployed and is interested in entrepreneurship. He has hopes of launching a non-profit organisation called Ambition Jamaica, which will be a place for youth, disabled and otherwise, to engage in farming and academics.

He is one of the directors at the Jamaica Society for the Blind and plays cricket for the Jamaica Visually Impaired Cricket Association.

Daley describes the award as a tremendous achievement, saying that he was happy to know that the Government had noticed his efforts.

“In terms of people with disabilities, this means that the Government is hearing, because we have been crying out for many, many years. Obviously, they are hearing now and that is good, not only for me getting the award, but for other persons who are living with disabilities,” he said.

Portfolio Minister Olivia Grange gave each recipient his award, thanking the 25 fathers for their contribution in building a stronger Jamaica.

Grange says the Bureau of Gender Affairs is currently implementing the Young Fathers of Jamaica initiative, which is being done in partnership with the Women’s Centre of Jamaica Foundation, and will focus on fathers ages 15 to 29 and seek to engage them in fatherhood while developing their parenting skills.

“A father is not defined by who makes a child, but rather the man who raises, supports and loves the child with all his heart. Love doesn’t always make a man a father, being a father comes from the heart,” said Grange.