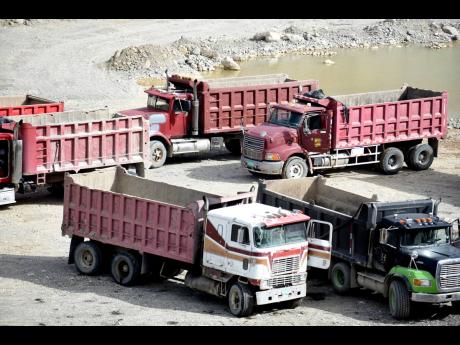 Kenyon Hemans/Photographer
Trucks engaged in sand mining are seen in the bed of the Yallahs River in St Thomas. 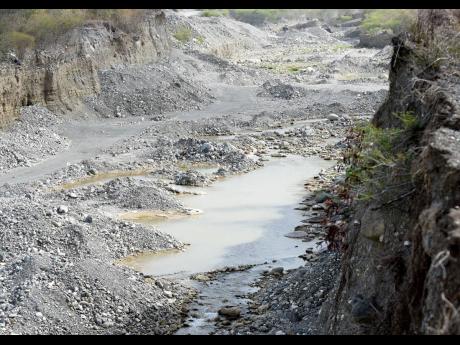 Kenyon Hemans/Photographer
Farmers along the banks of the Yallahs River are concerned that quarrying will eventually deprive them of a key water source. 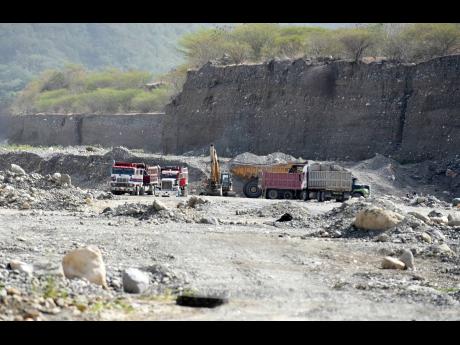 Kenyon Hemans/Photographer
Environmentalist Peter Espeut that erosion of the banks of the Yallahs River could be a replay of disaster that has taken place in Tavern and Papine, St Andrew. 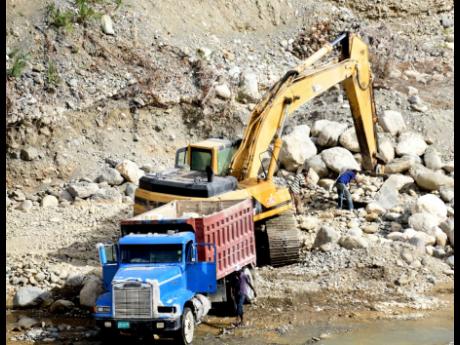 Kenyon Hemans/Photographer
Commissioner of Mines Roy Nicholson says a team from the Mines and Geology Division and the Ministry of Agriculture and Fisheries is to conduct a site visit of the Yallahs River soon. 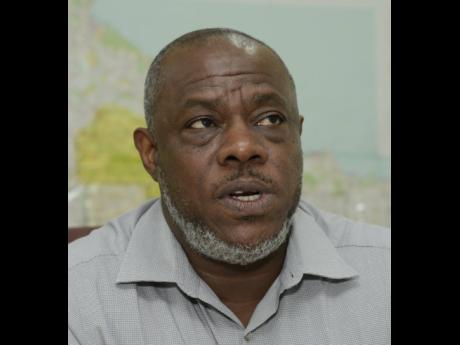 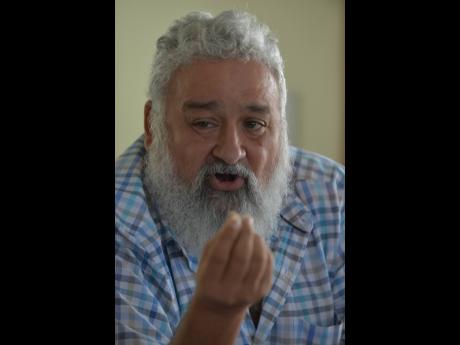 A team from the state-run Mines and Geology Division is to visit the Yallahs River in St Thomas to investigate complaints of quarrying breaches that have reportedly had devastating consequences to agricultural and recreational life. Commissioner...

A team from the state-run Mines and Geology Division is to visit the Yallahs River in St Thomas to investigate complaints of quarrying breaches that have reportedly had devastating consequences to agricultural and recreational life.

Commissioner of Mines Roy Nicholson said that concerns have been raised by the agriculture ministry, which will also be accompanying his team on the site visit.

“There’s some concern about land erosion by the Ministry of Agriculture, and we have met and are trying to put a date together to have a site inspection with quarry operators, as well as other persons of interest in the issue. We will be visiting to see what the concerns are and how we can address them,” Nicholson told The Gleaner.

Richard, a resident of Heartease who operates a farm with his uncle, said that there has been a noticeable decline in water supply from the river, an outcome that he attributes to mining.

That eventuality poses a direct threat to the family’s livelihood. And there have been costly domino effects: Richard and his uncle have had to install an irrigation system to tap the diminishing flows from the river to water crops.

“It seems the mining has destroyed the water table. The water from the river used to flow constantly, even in the dry time, but lately it has become more dry, and we aren’t able to get as much water as we used to get from it,” Richard, who requested that his surname not be published, told The Gleaner.

“We have to be doing a lot more work to reap the same or lesser benefits.”

Other farmers in the area have lodged complaints.

Describing the situation as “a disaster waiting to happen,” Richard has also raised objections to the erosion of the riverbank. He fears that heavy rains might bring catastrophic flooding.

The Yallahs River, which flows through several communities in St Thomas, has been a major source of domestic purposes and recreational for residents for centuries.

Nine quarries operate along its bed.

The National Environment and Planning Agency said that it had not received any formal complaints from residents related to operations at the site.

However, councillor of the Llandewey division, Edwin Marr, believes that mining breaches are occurring and has called for the authorities to exercise more rigorous oversight. He is insisting that there be adherence to international best practices.

“Based on my knowledge, there are no illegal miners in the area, but we are concerned about the conditions under which those with licences mine,” Marr said.

“This is a farming community and this is the only river available for recreation for the Yallahs residents, so some discretion must be had. Space must be made, where the river can be left alone and clean for persons in the area to use.”

Plant manager at Coast to Coast Quarry, Omar Williams, said that his extraction factory is neither guilty of breaches nor to blame for the erosion of the riverbank and the perceived trespass on community life.

He argued that heavy water flow is perhaps linked to the uneven topography of the river.

“We’ve never been sanctioned for mining breaches. We try our best to maintain the levels right through and work within the mining legislations,” said Williams.

Environmentalist Peter Espeut is sympathetic to the farmers who have property along the river, but doubts that quarrying is the trigger of the lower flows.

Blame is to be directed at deforestation in the Yallahs Valley, he said, adding that many tributaries that feed into the river are drying up and that no quarrying is taking place there.

However, Espeut is a critic of quarrying, arguing that the erosion of the riverbanks will eventually have a deleterious effect on homes near the Yallahs River, as has happened with the Hope River in Tavern and Papine in St Andrew.

“Quarrying a river is serious, and in the Yallahs River, in particular, because the main negative impact of quarrying is that it erodes the bridge. The quarrying caused the previous bridge to collapse and we had to drive through the riverbed,” Espeut said.

“This bridge has not yet collapsed, because there hasn’t been any serious heavy rain since it was built.”