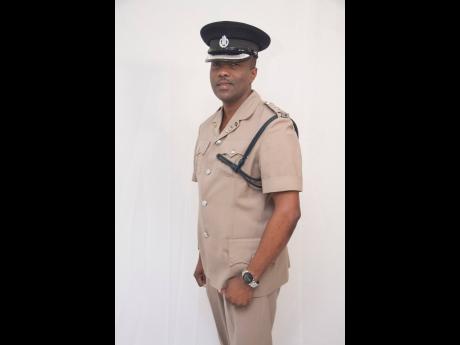 Householders in the Dam Road section of John’s Hall, St James, believe that heavily armed gangsters fleeing the recently declared zone of special operations (ZOSO) in Norwood are finding haven in their community and unleashing mayhem.

That fear was sparked by violence shortly after 2:40 p.m. on Sunday when four men armed with rifles and handguns opened fire at workers and customers at a car wash.

Four persons suffered bullet wounds, which have resulted in them being hospitalised.

The attackers sped off after being challenged by an off-duty cop but crashed into a taxi with passengers.

The gunmen, who escaped on foot, fired on the taxi, injuring three passengers.

One of several disgruntled residents of John’s Hall said that while the community was not the “Garden of Eden”, the acute rise in gun violence since Norwood’s June 20 ZOSO designation was disturbing.

“These bad boys running away from Norwood and Salt Spring are coming into our community to turning it upside down with violence,” a resident told The Gleaner on Monday.

“When the police chase them out of the bad areas, they should follow them wherever they go and don’t let them get comfortable in communities like ours,” the resident added.

That has been a constant concern regarding the introduction of security measures like ZOSOs and states of emergency, with the Opposition People’s National Party warning of a balloon effect – criminals migrating from hotspots whenever they are squeezed by swarms of police and soldiers.

St James has been a source of grave concern for the Jamaica Constabulary Force this year, accounting for the second highest aggregate of murders (80) of the 19 police divisions and the third highest rate of rise at 45 per cent.

Superintendent Vernon Ellis, commander of the St James police, confirmed the validity of the concern about migratory criminals, disclosing that men from Salt Spring were caught with illegal firearms in John’s Hall last week.

While residents are labelling the violence-producers as outsiders, Ellis cautioned that many of the fleeing gunmen have family roots in communities like John’s Hall.

Responding to Sunday’s incident, Ellis praised the cop who stood his ground as the gunmen fired.

“This is a place where we have been engaging the residents in strong community policing and we must commend those residents who are not prepared to stand by and allow criminals to take charge,” said Ellis, who encouraged householders to use confidential tip lines to make reports.