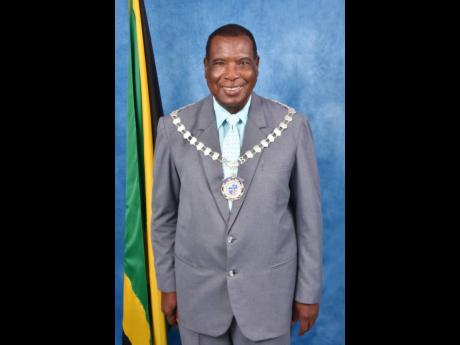 Some 63 shelters have been activated across the parish of St James as the region prepares for the likely impact of Hurricane Elsa on Jamaica.

The shelters are among the partial activation of the Emergency Operation Centre, triggered by the St James Municipal Corporation and its partners, the fire department, National Works Agency (NWA), the Red Cross, utility companies and the security forces.

However, Mayor of Montego Bay, Councillor Leeroy Williams, says he does not foresee any flooding owing to the work that has been done in clearing the drains throughout the city, plus Jamaica is not expected to get a direct hit from the storm.

In fact, the Meteorological Service says the island should feel the outer bands of the storm which is expected to pass east and north of Jamaica on Sunday morning, with tropical-storm force winds beginning to affect the eastern side of the island from as early as Saturday evening.

In their state of readiness, Mayor Williams said an emergency telephone line has been created for those who may require assistance. “They may call 876-971-1867 or any of the lines at the Municipal Corporation if there is an emergency,” he advised.

The NWA’s community relations officer, Janel Ricketts, told The Gleaner that her organisation has a $15-million budget for mitigation in the parishes of Hanover, Westmoreland, St James and Trelawny, and work commenced in the west over a week ago.

But with the landslide in Johnson Town, Hanover, earlier this week, which halted traffic in the area for hours and forced many drivers to take alternative routes, Ricketts is warning against the clearing of vegetation from hillsides.

“I am encouraging persons to discontinue the practice, owing to the devastating impact large-scale clearing can cause when the earth becomes saturated. The vegetation holds the soil together,” she explained.

She is also urging citizens to stay away from major drains in flood-prone areas, explaining that it was best not to traverse heavily inundated roadways and fords where it is difficult to judge the depth.

In the meantime, Sangster International Airport says they remain open for normal operations, but will continue to monitor the projected path of Hurricane Elsa and its effect on the operations of their airline partners.

As it relates to the Business Process Outsourcing (BPO) sector they have been rolling out a Business Continuity Plan (BCP) across different areas, said head of the association, Gloria Henry.

“Now we also have to deal with remote work as well,” she told The Gleaner.