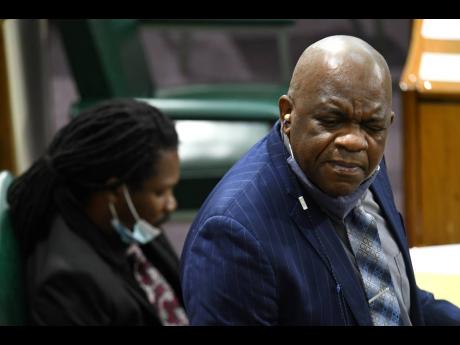 Senator Floyd Morris has warned members of the parliamentary committee reviewing the proposal for Portmore to become Jamaica’s 15th parish against having grand sights on multimillion-dollar infrastructural developments in the area.

Citing a recent presentation from the National Works Agency (NWA) to the joint select committee indicating that it would cost $15 billion to improve thoroughfares across the municipality, Morris said that the agency had been allocated less than $100 million for road expenditure in the last financial year.

“Gaining or granting parish status is not likely to change that in the foreseeable future and we have to make sure that we temper the expectations,” Morris said during Tuesday’s committee meeting.

Responding to Morris, chairman of the joint select committee, Dr Andrew Wheatley, said members have at times raised issues that are secondary to the purpose of the committee.

“I believe at times we are confusing the whole matter of granting parish status and coupling that with a number of other issues, for example infrastructure,” said Wheatley, member of parliament for St Catherine South Central.

“Parish status means autonomy – completing the process that started years ago when the Portmore municipality was created,” he asserted.

Alando Terrelonge, member of parliament for St Catherine East Central, had earlier said Portmore was most compliant with payment of property taxes and that 90 per cent of funds collected could be rechannelled into the redevelopment of Portmore.

However, St Catherine Southern MP Fitz Jackson cautioned that such commitments could only come from central government.

“None of us in this room has the authority nor the competence to offer any assurance about anything that will be done. That will have to come from the central government,” Jackson said.

Wheatley is hoping to host at least two town hall meetings with residents and stakeholders before the end of July.

The St Catherine South Central MP said that he was pleased with the “game-changing work” the committee has done since its first sitting in December 2020.

Wheatley’s call for hybrid town-hall meetings, in compliance with the Disaster Risk Management Act, was supported by Jackson and St Catherine Member of Parliament Denise Daley, as well as Senator Natalie Campbell-Rodriques.

Portmore is home to approximately 190,000 Jamaicans.