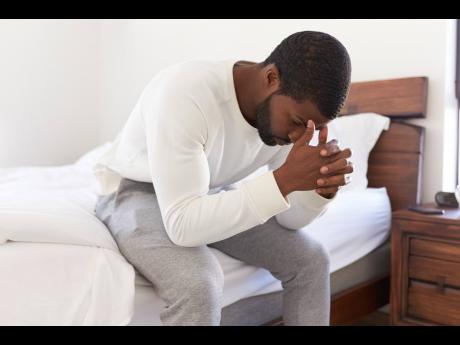 Hundreds of Jamaican men are deeply scarred from forced sexual encounters during childhood, usually at the hands of older women who leave trails of psychological nightmares in their wake. 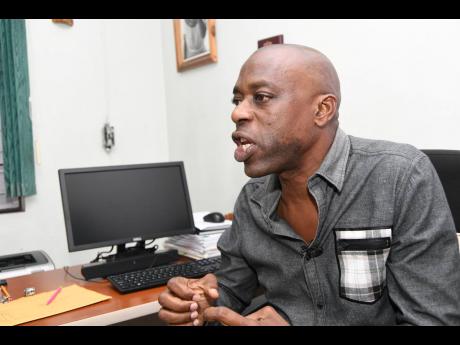 Hundreds of Jamaican men are deeply scarred from forced sexual encounters during childhood, usually at the hands of older women who leave trails of psychological nightmares in their wake.

That is the argument from experts as the island’s multi-agency child sex abuse investigative team sifts through a growing number of sex abuse reports involving young boys since 2020.

In the decade leading up to 2019, however, there were 3,060 reports of boys sexually abused; 542 reports involved buggery; and in 267 instances, boys were forced to give or receive oral sex.

Countless others were forced to have sexual intercourse with older women; and 537 of them were infected with sexually transmitted diseases – 397 reportedly with HIV/AIDS.

It is the grim reality of many Jamaican boys, explained social anthropologist Dr Herbert Gayle, positing that hundreds of Jamaican men are suffering traumatic effects of early sexual initiation. These are often shrouded in a misguided façade of masculinity throughout their lives, he said.

“About 64 per cent of males in Jamaica have sex before age 16; which is a little bit more than studies done in the 1990s that were showing something over 50 per cent. Forty-two per cent of those would have had sex with someone over the age of 18,” noted Gayle, sharing snippets of a Male Fertility Study being conducted at The University of the West Indies (UWI).

“If you take that group of those boys who had sex with someone over 21, sixty-seven per cent of them said they regretted it,” stressed Gayle, adding that almost all of the 11 per cent of the males who had their first sexual encounter with a ‘cougar’ – a woman older than 35 – also regretted it.

“These little fantasies that we have about boys who have their first time with a big woman that him ‘buss’, and so forth, don’t make any sense. Even while we were doing the study we had to provide counselling for some men. Some of them as old as 60,” he said.

Both the Centre for the Investigation of Sexual Offences and Child Abuse (CISOCA) and the Court Administration Division were unable to provide up-to-date statistics regarding arrests or prosecutions of sexual abuse cases involving boys, after more than three weeks of requests from The Sunday Gleaner.

However, such early sexual initiation and abuse give way to a myriad of developmental issues for boys that often follow them into adulthood, explained Dr Karen Carpenter, director of the Sexology Clinic and head of the Institute for Gender Development Studies at the UWI.

Abusers usually have histories of abuse, she argued, and in cases of male sex abuse, unknowing female partners usually end up the victims of the taboo topic.

Outside of discourse with professionals, conversations about sexual abuse usually manifest as fake male bravado, she said, reinforcing the impact of culture on male sexuality.

“Many Jamaican boys are initiated into sexual activity unwillingly, through forced sex and at an age when they are not able to comprehend what sexuality is. Later we see them having trouble in their relationships and they rarely speak about these things with their partners,” Carpenter stated.

“In our culture, we want to big them up and we want to laud them and say ‘oh, you taking big woman now’. These are some of the cultural mores that we must change,” she charged, adding also that unlike girls, who are usually removed from their abusive environments, boys are usually made to rough it out with their abusers.

In acts of homosexuality, the researchers said alleged abusers include stepfathers, uncles, teachers and pastors; while in heterosexual cases, sexual abusers range from mothers to aunts, and in the case of 37-year-old Portmore resident Mark Simpson* – his married 42-year-old babysitter who started having sex with him at age 13.

“I never had any problems with it (sex) because me did love it! It was one of the nicest things for me,” he laughed, recalling how the woman pushed herself on him at his home in Clarendon the first time. Those sexual acts continued for years, he said matter-of-factly, still grinning.

“I never see any problem with it then, and worse now,” reinforced the father of five, all of whose children reside in the United Kingdom today.

COVID-19 has slowed research for the fertility study, which Gayle said is keen on detecting deceptive patterns both in body language and the organisation of its questions. When published in about a year, the study will show that many like Simpson are suffering, some unconsciously, he said.