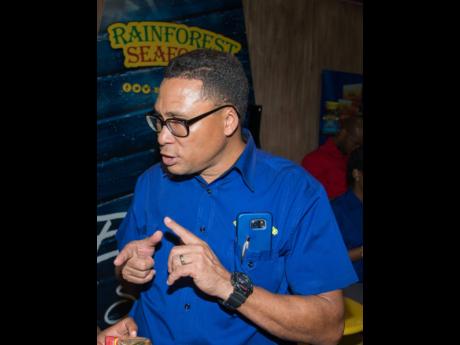 A multiagency search was still under way late Sunday for the Fallen Star fishing boat that set sail from Honduras but disappeared in the vicinity of the Pedro Cays.

Fifteen Honduran fishermen were said to be on board.

Roger Lyn, director of marketing and corporate affairs at Rainforest Seafoods, owners of the vessel, said the men were returning the boat for the lobster season.

“It went there as is the norm, where it goes after the season to do the necessary repairs to prepare for the new season, which starts the first of July. On the way back now, when it entered our waters, it disappeared,” Lyn told The Gleaner.

A massive search operation was launched after the company reported the incident to the Jamaica Defence Force Coast Guard and the Marine Police.

The boat has been missing since Friday, law-enforcement officials have revealed.

Meanwhile, Shawn Taylor, chairman of the Jamaica Fishermen Cooperative Union believes the aggressive weather conditions in the deep beyond the Pedro Cay would have made sailing difficult.

The boat was reportedly laden with lobster traps.

The Pedro Banks is located south of Jamaica and is administratively part of Kingston.