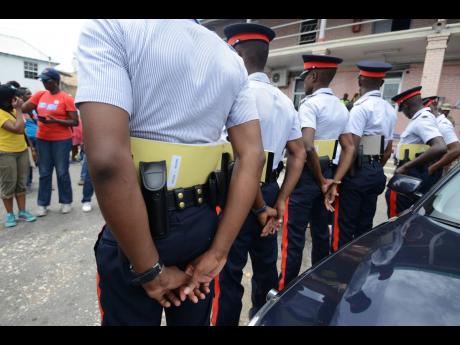 For members of the police force, who spoke on condition of anonymity, they consider the actions of IPROB as entrapment. 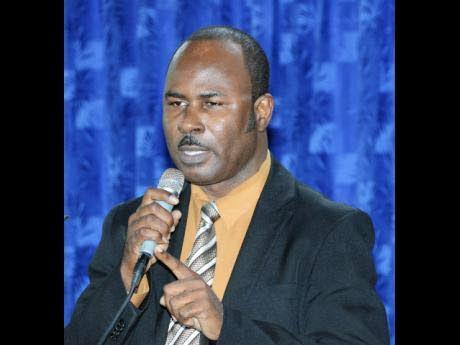 Constable Granville Ortiz* and two of his colleagues were conducting spot check duties in St Andrew earlier this year when he noticed the driver of a car blew through a red light after making an illegal U-turn. “So, he created an offence for me to...

Constable Granville Ortiz* and two of his colleagues were conducting spot check duties in St Andrew earlier this year when he noticed the driver of a car blew through a red light after making an illegal U-turn.

“So, he created an offence for me to stop him,” Ortiz reasoned.

He requested that The Sunday Gleaner not publish his name, nor the date and location of the spot check, out of fear of retaliation.

Ortiz then recounted what transpired during the traffic stop, which, according to him, exposes a controversial initiative quietly implemented by the professional standards arm of the Jamaica Constabulary Force (JCF) to weed out corrupt cops willing to accept bribes to overlook traffic offences. The practice has been a stain on the JCF for decades.

However, the constable said while inspecting the documents, his colleague observed a firearm inside the vehicle. What’s worse, he said, the car was unlicensed, had no insurance coverage and the fitness had expired.

“That’s three other breaches. So, we tell the man dem fi step out the car,” he continued.

“So, him say ‘squaddie, a soft sup’n this man, just tek a money an gwaan’,” Ortiz said, recounting the driver’s suggestion to him.

The constable said he refused the offer and insisted that the men exit the vehicle because “we realise that a gun was in the vehicle”.

“It would be an illegal gun at this point because both men had already indicated that they did not have a firearm permit and were not affiliated with any agency that gave them authorisation to carry a firearm,” he reasoned.

A search of the vehicle turned up a quantity of ganja, a large stash of cash and uncustomed goods, according to Ortiz.

“So, now the car is riddled with offences. So, we put them inna handcuff and say ‘no man, you a go a station ‘cause we a go arrest you’,” he disclosed.

But within seconds, the constable said two vehicles with government licence plates pulled up at the scene. According to him, the occupants identified themselves as police personnel assigned to the Inspectorate and Professional Standards Oversight Bureau (IPROB), the professional standards arm of the JCF.

He said the IPROB personnel produced police identification cards for the driver of the car and his male passenger and took them away, indicating that they were conducting an “integrity operation”.

Ortiz’s claim was dismissed by the JCF as “public mischief”.

“The JCF does not engage in these operations that have been described. The suggestion that our inspectorate arm would perform its duties like this can only be to create public mischief,” said senior communications strategist Dennis Brooks in response to questions from The Sunday Gleaner on the incident.

Noting that IPROB is mandated to tackle corruption within the force, Brooks said, “We operate a professional bureau with officers of the highest integrity and standards.

“We will continue to conduct all our operational activities professionally as we continue to transform the JCF.”

Last week, The Sunday Gleaner reported that a police corporal assigned to the Hunts Bay Police Station in St Andrew was arrested “around allegations of corruption”.

It’s alleged that he was caught on video collecting a marked $5,000 note from a speeding ‘driver’ during an “integrity operation” near the border of St Andrew and St Catherine last Saturday, according to law-enforcement sources.

The corporal, who was reportedly handcuffed along the roadway in full uniform, was questioned by detectives last Monday and a case file sent to the Office of the Director of Public Prosecutions (ODPP) for a ruling, according to sources.

His attorney, Odane Martson, declined to discuss the circumstances that led to his arrest, but said his client maintains his innocence.

“I am patiently waiting for the DPP to make a determination as to where the matter goes,” said Marston.

A constable, assigned to the Grants Pen Police Station, was also arrested and charged for breaches of the Corruption Prevention Act arising from another “integrity operation” conducted in St Andrew, police sources revealed.

“Is a number of police dem lock up already enuh,” Ortiz told The Sunday Gleaner, admitting that he could not provide a precise figure.

“Maybe is because the Hunts Bay one was caught on camera and blow up that’s why you [media] know ‘bout it enuh.”

Word of the so-called “integrity operations” has already spread throughout the JCF “like wildfire”, multiple police personnel have told The Sunday Gleaner.

The Police Federation, which represents cops from the rank of constable to inspector, was unaware of the operations, according to its chairman, Corporal Rohan James.

“First I’m hearing about it.”

Since the start of the year, IPROB has submitted eight case files to the ODPP and received a total of 12 rulings, statistics compiled by the ODPP have revealed. Some of the rulings are for case files that were submitted in the previous quarter.

For Ortiz and other members of the JCF, who spoke on condition of anonymity, they consider the actions of IPROB as entrapment.

“You have police coming out here and committing offences and walking around with illegal drugs and other illicit items just fi lock up police,” Ortiz fumed, describing the operation as entrapment and questioning its legality.

But for one senior prosecutor, it’s a non-issue.

“It doesn’t matter if it is that they were trying to entrap them. The truth is, they committed a breach of the criminal law and the ingredients are there; they can be arrested,” the prosecutor told The Sunday Gleaner.

“In Jamaica, once it is that objectively you have breached the criminal law, even if somebody entices you to do it, then you could face possible charges.”

The “integrity operations”, as described by Ortiz, “may very well be entrapment” in other countries, Christopher Townsend, a top criminal defence attorney, suggested. “But I am not aware that our jurisprudence facilitates that,” he said.

“If you are conducting yourself in that kind of way, you can’t complain that you were entrapped,” he added.

“When you accept a bribe, you are induced. It’s an inducement to do something which is generally an illegal act or an inducement not to perform your duties.”

Townsend, citing the account provided by Ortiz, said it was “unfortunate” that the JCF has to resort to “such elaborate” exercise, but made it clear he had no difficulty with it.

“But the truth is, if they feel that corruption is so rampant in their numbers that they have to go through this kind of exercise to ferret out and weed out the perpetrators, then fine, by all means,” he said.

“Because if it is that the person has collected money to send them on their merry way, then that would have been a corrupt officer.”