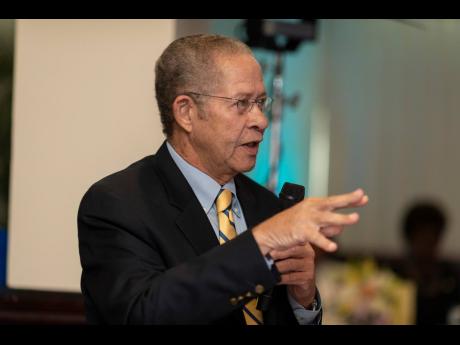 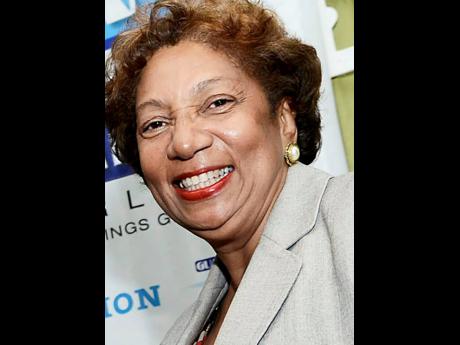 Bruce Golding, chairman of First Rock Global Barbados, said it would have been “proper” for Fay Hutchinson to disclose to the Airports Authority of Jamaica (AAJ) her interests in First Rock Capital Holdings in which the state entity questionably invested $443 million.

It adds to growing pressure on the Holness administration that anti-corruption advocates and the Opposition are calling on to remove implicated board members and hold the Audley Deidrick-led AAJ management accountable for the investment, which broke the law.

Hutchinson did not tell the AAJ, on whose board she has sat since 2016, that in 2020, she became a director of the company in which she is also a shareholder. She is now the AAJ’s board chairperson

Golding, a former prime minister, argued that Hutchinson’s disclosure would have been significant even as he noted that Jamaica “is a small society and the lines of interest will, from time to time, intersect”.

“What is important,” he said, “is that when they do, there must be a transparent and fair process for dealing with it. And that involves declaration or disclosure, and it involves recusal on the part of those persons who may be the subject of the conflict of interest,” he said in a July 1 interview on revelations from the Sunday Gleaner investigative report two days earlier.

The declaration must be done “up front”, he added, to give the board the opportunity to apply its own due diligence and be “extra meticulous” in deciding on matters in which a member has personal interest.

“I hope that that was done,” Golding said.

When the AAJ was asked whether any board member had declared interest in First Rock, its only response was that Hutchinson did not disclose her First Rock directorship because “it was not construed to present a conflict of interest”. The “it” referred to is not clear.

Also missing from the AAJ’s statement was any mention of Hutchinson declaring she was a shareholder of First Rock from February 2019, the same time the agencies bought US$1 million in equities in a private placement

The overlapping directorship did not pose any conflict of interest because “no personal benefit or interest was being derived”, said Hutchinson, a powerful figure in the ruling Jamaica Labour Party.

She resigned from First Rock in March 2021 amid pressure from government officials, reportedly including Transport Minister Robert Montague, who were upset about the investment.

First Rock announced that she joined its board on March 3, 2020.

The transport ministry said it was “satisfied” that no conflict of interest was involved in the transactions in which it played no role.

Montague is yet to break his public silence on the scandal although The Gleaner understands that he is “mulling” several moves. The minister is also reportedly awaiting a signal from Prime Minister Andrew Holness on what to do.

A meeting of the Cabinet is scheduled for today. The AAJ board is due to meet on Wednesday.

Two senior government officials, meanwhile, say that the AAJ’s CEO and president, Audley Deidrick, and his management team, and not just the board, need to explain their role in the saga.

“The management would have played a central role. Your paper reported the CEO’s statement that the investment was done in line with policy, but the finance minister said that is not so,” said an official of the Office of the Prime Minister.

Finance Minister Dr Nigel Clarke, last week, admitted in Parliament that the first of two investments by the AAJ and its subsidiary, NMIA Airports Limited, in February 2019, did not get his ministry’s approval, a violation of the Public Bodies and Accountability Act.

“Prior approval was neither sought nor received … this would have been contrary to regulations,” Clarke told the House of Representatives before casting the spotlight on Montague who he said should answer questions on how the AAJ board would be held accountable.

The law requires entities to get permission before investing in private companies not listed on the Jamaica Stock Exchange. First Rock became a listed entity in February 2020.

The AAJ also breached its own policy by investing in a private-equity company with no performance record since it started operations in March 2019.

The AAJ and the NMIA were key investors as up to March 31, 2021, they were the third- and fourth-largest shareholders in First Rock.

AAJ’s policy, according to the finance minister, mandates equity purchases in “blue chip” companies, which are well-established first with a history of performance. It brings into question what advice the AAJ management may have given to the board before the transactions were pursued.

The breaches also contradict a June 10 AAJ Group statement provided by Deidrick that said that the acquisitions were done “in accordance” with the investment policy.

Some current and former AAJ/NMIA board members approached have been tightlipped, with one, refusing to be named at this time, strongly insisting that “some of us” felt “bullied” to support the transaction.

“If you check the records, you’ll also notice how rushed things were. Some of us are now very embarrassed,” the official said.

The Opposition People’s National Party Spokesman on Finance Julian Robinson has called for the AAJ board to be sacked because “I have absolutely no confidence in them continuing to be stewards of the public funds”.

The current board was appointed in November 2020, after the share purchases.

However, along with Hutchinson, at least three of the members were in the positions for at least one of the questionable purchases: Epsi Cooper-Morgan; Pauline Bowla; and Denton Campbell, who is the deputy chair.

Anti-corruption advocate Carol Narcisse says those members should resign. “They [also] need to be brought before the appropriate committee of Parliament to give account so the public gets to hear just what the thinking is of people we entrust with the boards of our public institutions.”

Another public entity, the National Insurance Fund (NIF), the State’s pension fund, is the seventh-largest shareholder in First Rock, with 10 million shares bought for just over US$1 million.

Hutchinson’s son, Andre Hutchinson, has been a member of the NIF’s board since 2018 but declared his interest and recused himself from discussions over the investment.

Board member of the Housing Agency of Jamaica