‘We could be here for the next 10 years’ 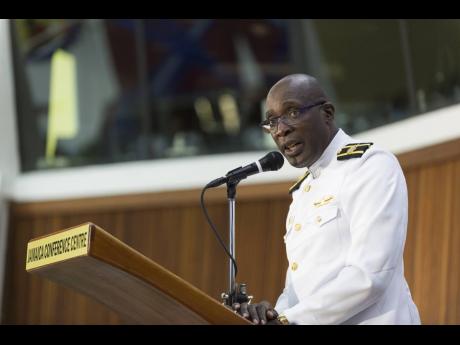 Former Education Minister Ruel Reid and his co-accused are to return to the Kingston and St Andrew Parish Court on November 1.

The charges include conspiracy to defraud, misconduct in a public office at common law, and breaches of the Proceeds of Crime Act

When the accused returned to court on Tuesday, a new date was set for the matter to be mentioned pending a judicial review hearing of a ruling by Chief Parish Judge Chester Crooks that the accused had a case to answer and should be tried.

The court is also awaiting a decision by the Court of Appeal for permission to go to the Privy Council to appeal the Supreme Court’s and the Full Court’s rejection of a request for a judicial review of the criminal charges.

However, before a new mention date was scheduled, Lawrence’s lawyer, Ernest Smith, informed the court that he will be writing to the director of public prosecutions (DPP) to have his client placed on a separate indictment so that she can be tried by herself.

“My client is anxious to get on with her life,” Smith said, noting that she intends to seek re-election in the next local government election and did not want the charges to be hanging over her head.

While he commended the efforts of his colleague attorney-at-law, Hugh Wildman, in trying to get the charges quashed, Smith said, “There’s no end to this thing. We could be here for the next 10 years.”

Since the accused have been charged, Wildman has brought a series of legal challenges in a bid to have the criminal charges dismissed.

Both Reid and Pinnock, who are behind the legal challenges, have contended that the FID was not empowered by law to bring the charges and, therefore, acted illegally.

They further claimed that the FID was purely an investigative body and did not have the legal authority to bring criminal charges or obtain a fiat from the DPP to prosecute them.