Shock as delinquent given millions in gov’t funding 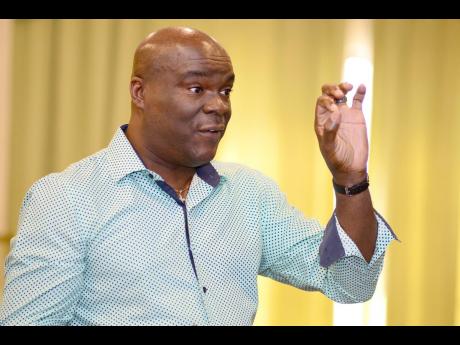 Members of Parliament’s Public Administration and Appropriations Committee were on Wednesday perplexed as to why the Dr Cecil Cornwall-led Western Hospitality Institute (WHI) received the lion’s share of funding for students pursuing occupational associate degrees even though the tertiary body has been delinquent in its HEART NSTA three per cent contributions.

The irony of the WHI’s delinquency to HEART Trust NSTA was not lost on committee members, who noted that it was the Government’s training agency that funded about 90 per cent of the occupational associate degree programme of which the institute pulls in a corresponding 90 per cent of its revenue.

The then Centre for Occupational Studies (COS) in the education ministry developed the occupational associate degree programme, which is administered by community colleges and other tertiary bodies.

Acting Permanent Secretary Dr Grace McLean said the COS has now been disbanded.

Officials from the HEART Trust NSTA revealed on Wednesday that as at June 8, 2021, the WHI was delinquent for the period June 2019 to April 2020. It was also disclosed that an audit for the period was being organised.

Data provided by the Ministry of Education to the PAAC revealed that for the period 2018-2019 the COS made payments amounting to $79.4 million to the WHI to cover tuition fees for 529 students.

The amount paid by the ministry for each student is $150,000 per annum for the two-year associate degree course.

However, McLean told the committee that the total number of students in year two of the programme (2018-2019) across institutions was 1,588.

However, when the allocations for 18 institutions were calculated, it was discovered that the sum of $126.8 million would cover the tuition for 851 students and not the 1,588 reported by the permanent secretary for the year 2018-2019.

Fitz Jackson, committee member, said it was “striking” that all the established community colleges and institutions that offer associate degree programmes fell significantly below the WHI.

Responding to Jackson, the acting permanent secretary said: “We really didn’t prevent the institution from recruiting the number of students for the programme.”

“It could be that Western Hospitality has a lot of capacity for the hospitality programmes, and they are on the hospitality belt, and so they may have been able to recruit more persons than the other institutions,” she said.

McLean told the committee that the overall number of students enrolled in the programme over a four-year period was 2,896, with a dropout rate of 1,142.

She said that once students were offered a job, they often left the programme.

However, she said that the use of the term ‘dropout’ did not necessarily mean that the person was not certified in any area, noting that some had completed “smaller” courses and had been certified.

To date, only 336 students have received an associate degree under the programme.

McLean said that another 802 students were on track for completing the course, and another 1,019 have been recorded as “incomplete at this time”. She, said, however, that those who have not yet completed the associate degree had up to five years to do so.

Asked to assess the programme after four years, McLean said that she was not comfortable with its outcome, and as such, had commissioned that an evaluation be done.

“So I as the person responsible, sir, can’t say that I am satisfied,” she told the committee.

McLean said that the ministry has now formed a partnership with the Council of Community Colleges of Jamaica (CCCJ) and handed over the programmes that have been developed for them to fully coordinate it.

The investigation centred on WHI; its president, Cornwall; and the two government programmes – the Career Advancement Programme and the COS.

Cornwall headed, since 2014, CAP’s oversight body known as the technical working committee and was the architect of occupational degrees and the driving force behind the July 2016 establishment of the COS.

Since 2015, Cornwall has been leading the Joint Committee on Tertiary Education, which lobbies for tertiary institutions, and which, up to last year, got millions in commission from the education ministry to help implement CAP and COS – programmes that targeted students who left grade 11 without qualifications.