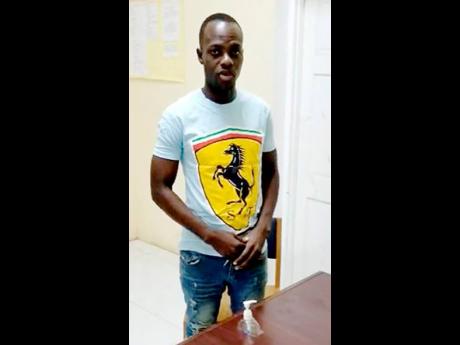 The police personnel implicated in the arrest and coercion of a Moneague, St Ann, resident remain on front-line duty on Thursday, a day after Commissioner Antony Anderson ordered a probe into their conduct.

The incident, captured on video and circulated on social media, has drawn criticism from a wide cross section of the society and may become the subject of a lawsuit from Shaquille Higgins and his family.

Quizzed on Thursday about whether any action had been taken against the cops, Senior Superintendent of Police Stephanie Lindsay, head of the Constabulary Communication Unit (CCU), confirmed that the men were still on duty pending the results of the investigation.

“Not yet. A probe is going on,” Lindsay stated.

In one video, Higgins is seen uttering expletives at Prime Minister Andrew Holness. In other footage, he is seen in his home being told to get dressed by the cops, who then cajoled him into apologising to the prime minister.

The police later claimed that the man had not been arrested for insulting the prime minister but had been taken into custody in relation to a case of larceny.

He was later released without charge.

In a press statement on Wednesday, the CCU said that the police commissioner reminded lawmen that apologies were not to be solicited or coerced from members of the public.

He also pointed out that while it might be necessary at times to video-record aspects of police operations, due process must be followed to ensure that images were not improperly circulated.

Meanwhile, attorney-at-law Charles Ganga-Singh, who has been retained by Higgins, said the saga is a “human-rights” issue, which suggests a worrying trend about possible state overreach.

Higgins’ arrest was the third such detention executed swiftly in the wake of foul-mouthed tirades against the prime minister fuelled by opposition to night-time curfews imposed to curb transmission of the novel coronavirus.