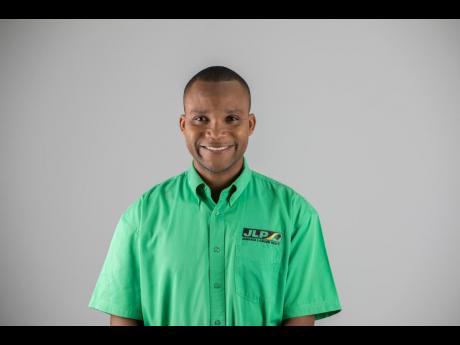 If the tough talk coming from Councillor Kevin Murray of the Friendship division is anything to go by, trouble is brewing in the Jamaica Labour Party (JLP) camp in Westmoreland Western, which is represented by rookie politician Moreland Wilson.

In an audio recording, an agitated Murray, the lone elected JLP representative in the Westmoreland Municipal Corporation, complained that Wilson was not supporting projects in his division and appeared to be working behind the scenes to have him replaced as a candidate in the local government elections due in 2022.

“The JLP member of parliament (MP) is telling persons in the division that I will not be the representative for the JLP in the next local government election,” claimed Murray in the widely circulated voice note in which he belted out his frustration.

Murray charged that instead of supporting him on projects in his division as a fellow Labourite, Wilson is engaging in subversive activity to destroy his political fortunes.

“You have tried on different occasions to wreck my division because you want to replace me,” claimed Murray in describing the alleged actions of the MP as the straw that has broken the camel’s back.

The militant-sounding Murray warned that if Wilson’s goal is to replace him, he can expect strong resistance because he will not go without a fight.

“I have said it to him in another JLP group, and I hope he is listening because I am going to say it again here. Mr Wilson, you have tried on different occasions to wreck my division because you want to replace me, but this time around, it is not going to be peaceful. Just letting you know that,” said Murray.

When The Gleaner contacted Wilson for a response to Murray’s allegations, he initially said he was unaware of the contents of the recording and would provide a response as soon as he was fully informed.

He later said he would issue a statement, but that was not forthcoming up to press time.

However, a well-placed JLP source in the constituency told The Gleaner that Wilson is not pleased with the level of representation offered by caretakers in some divisions and seemingly wants to ship in new faces.

“Mr Wilson has his own vision of how he wants the constituency to operate, and those caretakers who are not willing to buy into his vision will definitely have a problem getting his support,” the JLP source said.

“He is not into the old-style politics. He is a young man with bright ideas who will not allow anybody, even a councillor, to hold him back.”

However, the source conceded that he is expecting resistance from persons like Murray, but he is convinced that Wilson enjoys enough support in the constituency to get the people to side with him.

Albert Ferguson and Adrian Frater contributed to this story.