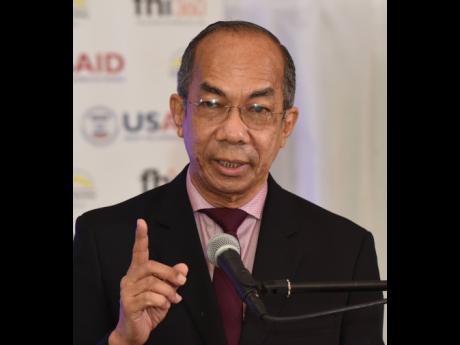 The perpetrators of human trafficking are to face tougher sanctions as the Government vows to introduce legislation to impose mandatory jail time for those convicted of the crime.

The US State Department has maintained Jamaica’s Tier 2 ranking in its recent Trafficking in Persons Report, which means that the country has not met the minimum standards for the elimination of human trafficking.

Even though significant progress has been achieved, the report noted that the Government has “maintained limited law enforcement efforts”.

Even more damning is the assertion made in the report that police officers were complicit in sex trafficking. The report also found that imposing a fine in lieu of imprisonment and prescribing a lower maximum imprisonment term for sex trafficking were inconsistent with sanctions handed down for other serious crimes, such as rape.

Minister of National Security, Dr Horace Chang, said that the Government will be introducing harsher penalties for human trafficking.

“We are taking steps to amend the legislation to make it more robust. We are removing the issuing of fines for individuals who may be caught practising this particular crime. They will all be given custodial sentences,” said Chang.

He explained that fines would only be given to corporate entities as it was difficult to identify particular offenders. He emphasised that once individuals were identified, fines would be removed from the court’s procedures.

While recognising the concerns raised by some attorneys about legislators setting sentencing guidelines, Chang argued that given the “abhorrent and cruel” nature of human trafficking, the Government had no reservations about setting acceptable sanctions.

He revealed that a Cabinet submission would be made to amend the Trafficking in Persons (Prevention, Suppression and Punishment) Act. Chang said he expected this to be tabled in Parliament before the year ends.

His remarks came at the World Day Against Trafficking in Persons Forum held on Friday. During his address, he stressed the need for urgent attention as human trafficking is the third-highest income for organised crime, which is only surpassed by guns and drugs.

Deputy Commissioner of Police in the Crime and Security Portfolio, Fitz Bailey, revealed that since the formation of the JCF’s Anti-Trafficking in Persons Unit in 2006, some 108 victims have been identified and rescued to date.

Of this number, 45 were males and 63 were females. Sixty-five victims were under the age of 18 years with females being particularly vulnerable to exploitation.