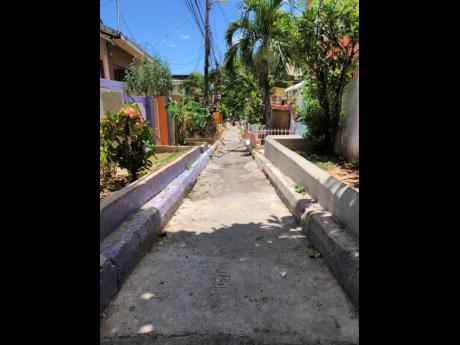 Nannyville Gardens in St Andrew is tense following the murder of a man who is said to have been the community leader for decades.

Investigators are now piecing together possible evidence and information to land a clear motive behind the killing of 61-year-old Errol ‘Drama’ Lawrence.

He was gunned down in the community at about 8:42 p.m. on Saturday, according to the police.

However, residents told our news team on Sunday that it was a ‘movie-like’ atmosphere at the moment of the attack on Lawrence.

The residents say there could have been other injuries or even deaths as more shootings unfolded while the gunmen were making their escape.

“Dem vehicle faced an exit, but they couldn’t go that way because few vehicles lick up during the incident. They came up Blue Mountain Drive and make dem getaway. Dem fire in the direction of the crowd and people affi run and hide behind car. A suh dem escape,” a resident said.

Lawrence was killed along Mandingo Path.

“The vehicle went around to his house and obviously, he wasn’t there. It look like is three a dem – the driver and two more. The two come tru a little lane and come up the pathway. Dem facing him and him a come back down and dem buck,and is there him drop,” a resident told The Gleaner.

The residents say the incident took them by surprise.

“Yes, it was surprising because fi the longest while nothing like that never happen inside here,” a resident said.

Our news team has been informed that it was not the first in recent times that attempts were made on the life of Lawrence.

The Gleaner understands that on March 25, another fatal shooting occurred along Mountain View Avenue, during which a man travelling in a motor car with the now-deceased Lawrence was killed after their vehicle was shot up by men travelling in another motor car.

The residents are saying that the area is tense because the killing may be linked to an internal ongoing feud.

“Based on the tension right now, you nuh too see nobody a move around. If you go certain section of the community, you might see people hang out, but the place is still tense,” a resident said.

Reports from the police are that Lawrence was sitting along the roadway when explosions were heard.

When the gunfire subsided and checks were made, he was found suffering from multiple gunshot wounds to the chest.

The police say investigations into the murder are ongoing.