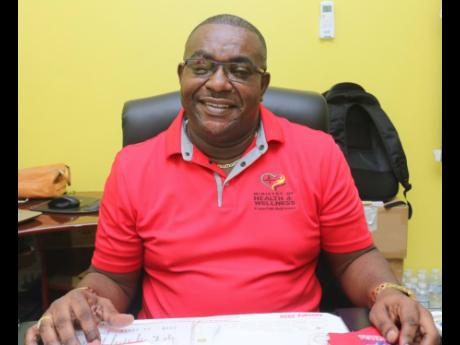 Parties have been banned for the better part of the last 16 months since the outbreak of COVID-19 in Jamaica because of their perceived propensity as superspreader events. The Government reopened the entertainment industry provisionally on July 1 but tightened curfew times in late July to limit their times of operation.

Lennox Wallace, parish manager of the St James Health Department, said that he is worried about smaller parties that are likely to be staged under the radar in areas such as Paradise/Norwood during the Independence holidays.

Wallace said that public-health officials have visited those areas alongside the police and shut them down. The security forces have been engaged in a cat-and-mouse game with promoters of planned and unplanned events.

“I know of two shows that are coming up in the next two weeks, and we have started dialogue with one of the organisers already to guide them on what they need to do to get permits for parties of the size that were described,” said Wallace.

St Andrade Sinclair, regional director for the Western Regional Health Authority, is wary about the hosting of the Dream Weekend parties and has acknowledged that a watchful eye must be maintained on entertainment hubs.

“You cannot social-distance when you are in a crowd, as that makes no sense,” said Sinclair, re-emphasising the mandate for enforcement of the wearing of masks and hand sanitisation.

The comments by the two health professionals come days before the planned staging of Dream Weekend in Negril from August 5 to 9.

As at Monday, Jamaica recorded 53,543 COVID-19 cases, with St James (5,217) and Westmoreland (2,655) registering the highest infection numbers among western parishes.

Since the onset of the COVID-19 pandemic, St James has consistently been the parish with the third-highest number of cases on the island, behind Kingston and St Andrew’s 14,664 and St Catherine’s 10,329 cases.

Dr Marcia Graham, medical officer of health for Westmoreland, is urging leisure and pleasure seekers to exercise care and vigilance over the holidays. Compliance is being encouraged both inside and outside venues.

“Whether it is Dream Weekend, a grave-digging, a funeral or a burial, my greatest concern is personal responsibility in complying with the protocols,” said Graham.