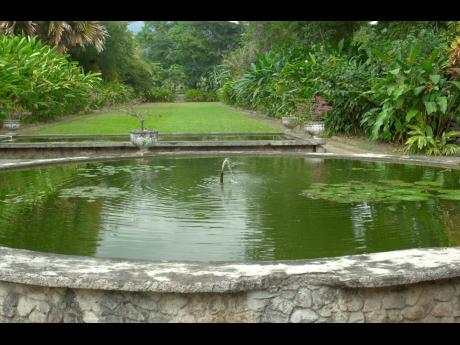 A file photo of the Hope Botanic Gardens.

Lower-level workers at the Nature Preservation Foundation (NPF) have complained bitterly that they are forced by the non-governmental organisation (NGO) to survive on reduced income since the onset of COVID-19 last year, while higher-paid...

Lower-level workers at the Nature Preservation Foundation (NPF) have complained bitterly that they are forced by the non-governmental organisation (NGO) to survive on reduced income since the onset of COVID-19 last year, while higher-paid supervisory employees have received salary increases.

At the same time, the workers are of the view that attempts are being made by management to block union representation for staff.

A reliable source at the NGO told The Gleaner that two supervisors received a pay hike amounting to $38,000 each. According to the source, the increase represents more than the sum being paid to some low-level workers.

The NPF manages the Hope Botanic Gardens through a 49-year lease and management contract from the Government.

A worker who asked that his name not be disclosed for fear of victimisation told The Gleaner that he received a $10,000 salary cut from 2020. The five-day workweek for some workers has reportedly been reduced to three days per week, which has negatively impacted their take-home pay.

What has reportedly triggered increased angst among workers is that the NGO receives $40 million in annual subvention from the Government to, among other things, pay salaries, but they have had to suffer pay cuts.

Permanent secretary in the Ministry of Agriculture and Fisheries, Dermon Spence, said on Tuesday that the ministry allocated an additional $6 million to the NPF in the wake of the COVID-19 pandemic to assist the NGO with general expenses. He also confirmed that annual subvention amounting to $40 million has been paid to the NPF.

The category of workers most significantly impacted by the pay cuts is called visitor service officers (VSO). They are responsible for carrying out security duties, collecting fees, and the general operation of the gardens.

The Gleaner contacted executive director at the NPF, Carla Myrie, for comment and was told to email queries. Up to news time, no response was received.

Granville Valentine, general secretary of the National Workers Union (NWU), told The Gleaner on Tuesday that the workers have sought representation of the union over the last seven to eight months.

He said that the union has filed for bargaining rights and the matter was now before the Ministry of Labour and Social Security.

Valentine said that several workers employed to the NGO were facing victimisation.

“The type of victimisation they are faced with is because of their association with the NWU,” he added.

“One of the main persons who were involved with the union was fired and that matter is before the Ministry of Labour and we intend to take it to the IDT (Industrial Disputes Tribunal),” the NWU general secretary said.

He argued that the worker, who was reported to be “the ultimate professional”, was dismissed despite unsubstantiated claims against her.

“We have seen where now they are trying to carry cases against an accountant, who is a part of the union,” Valentine noted.

The NWU senior officer lamented that it was a “rampant and retrograde step in the 21st century” for any entity to deny workers of their right to representation as stipulated by law.

A date was set for a rights poll to be held on Tuesday. However, Valentine said the Ministry of Labour informed the union that the management of the NGO was not available.

A new date has been set for August 12.

“These people have a right to be represented. We are ready to represent their rights … . The matter must be done speedily and justly,” he said.

Valentine said that workers have complained bitterly about intimidation, victimisation, and threats of losing their jobs at the entity.

“Victimisation or injustice anywhere is injustice everywhere. It is very sad that some of the people who work at this institution are from the lowest level of the food chain,” the trade unionist said.