‘I just want to have fun’

Rising star Candice McLeod stunned at time ahead of final 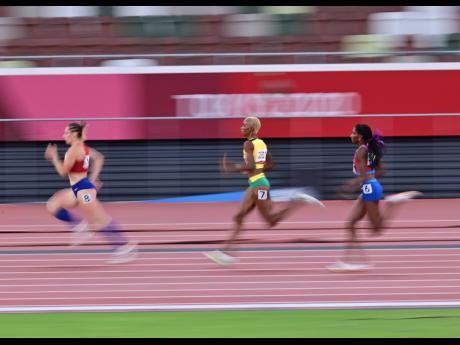 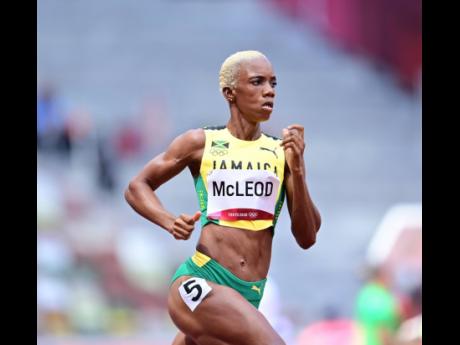 For fast-rising quarter-miler Candice McLeod, the sky is simply a destination, never a limit.

And as the world gets familiar with the ever-improving 24-year-old 400m promise, the Jamaican is eager to continue her ascent as a breakout season reaches its peak in Tokyo.

McLeod started the year running 52 seconds in the 400m but has been swinging a sledgehammer at her times ever since, having posted a personal best in six of her last nine races in a 2021 Branson-Bezos space race-style rise to heights reserved for the stars.

The University of the West Indies student clocked an impressive 49.51s clocking to take second place in her semi-final at the Tokyo 2020 Olympic Games on Wednesday to book her spot in the final, which takes place on Friday at 9:35 p.m. (7:35 a.m. Jamaica time).

This follows her 49.91s run, which secured her spot on the team to Tokyo at the National Senior Championships in June.

There’s no telling where she will end up, but in her first season competing at this level, McLeod has already launched herself as the fifth-fastest Jamaican of all time in the event, taking her past greats such as Grace Jackson, Novlene Williams-Mills, and Sandie Richards in terms of times.

“Wow! Just wow! I didn’t expect that. I really don’t know what to say,” said a stunned McLeod. “I’m really just waiting to hear from my coach because I have no idea what to say.”

McLeod said that time was not at the top of her mind. The only focus in facing off with a quality field was “to just execute and run my own race”, she said.

Under the guidance of Fitz Coleman, who is also in charge of the preparation of sprint hurdler Hansle Parchment, McLeod has grown leaps and bounds in 2021. With another big stride to be made in the final, the athlete shared that the fruits currently being reaped are a labour of patience and dedication after years of limited success.

“I always come back with the same determination or even more. It’s just within me. My mommy is a hard worker, so I guess that’s very easy for me to do,” added McLeod.

Now in the medal round, McLeod said she wants to make the most of the experience.

“In the final, I just want to have fun. It’s the first final of my life, really, apart from the National Trials. There’s nothing to add but to have fun because I have done the work,” she told The Gleaner.

McLeod will be joined in the final by national champion Stephenie-Ann McPherson, who has also looked impressive in Tokyo, dropping her personal best to 49.34 in her semi-final win.

That time makes her the third-fastest Jamaican in the event behind Lorraine Fenton, 49.30, and Shericka Williams, 49.32.

The other Jamaican in the semi-finals, Roneisha McGregor, 50.34, finished third in her race and failed to advance to the final.