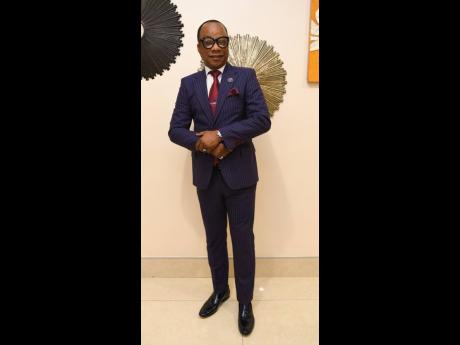 The management of the Nature Preservation Foundation (NPF) and the union representing workers at the non-governmental organisation (NGO) are on a collision course over a worker who was made redundant in June. The National Workers’ Union (NWU) has...

The management of the Nature Preservation Foundation (NPF) and the union representing workers at the non-governmental organisation (NGO) are on a collision course over a worker who was made redundant in June.

The National Workers’ Union (NWU) has taken the matter to the Ministry of Labour, claiming that there was no basis for sending home the worker.

Alfred Thomas, chairman of the NPF, has dismissed claims by the NWU that workers were being victimised.

Thomas, in a response to queries by The Gleaner, described the assertions as “untrue” and “either based in misunderstanding or a complete fabrication”.

“The NWU has open lines of communication with management and directors and should be aware of the facts. The NWU must ensure that acceptable standards of behaviour and conduct are upheld as it seeks to represent our staffas the company will not allow the management of the entity to fall prey to anarchy,” he said in a statement issued on Wednesday.

The NPF chairman also said that on January 20, 2020, the board of NPF approved a restructuring programme designed to drive revenue development and improve the entity’s cost-to-income ratio.

He said that the board, however, deferred the implementation by 17 months in an attempt to understand how the COVID-19 pandemic would have impacted the NGO’s operations and its staff.

He further pointed out that the new structure resulted in net annual savings of approximately $1.6 million.

“The annual basic salary for three members of the senior management team was adjusted upwards due to merging of portfolios,” said Thomas.

However, general secretary of the NWU, Granville Valentine, said that the process set out in the labour laws and the Labour Relations Code was not followed by the NPF. The union is planning to take the matter to the Industrial Disputes Tribunal.

“All of that process was breached,” said Valentine in defence of the worker who lost her job through a redundancy exercise.

“... We are not backing down on that because it is clear that it was victimisation against one worker simply because they cannot push that worker.”

He said that the affected employee was a qualified professional who had never failed a performance assessment.

He told The Gleaner that there was no official correspondence issued to, or meeting with, the workers that a redundancy exercise was being contemplated.

“In Section 19 of the Labour Relations Code, it speaks specifically about communication and consultation. You cannot find correspondence that goes to the workers ... . There is no way you can come up suddenly with a redundancy exercise,” Valentine charged.

Valentine disclosed that the NPF had sought to take disciplinary action against the worker whose case was now before the Ministry of Labour.

“Based on my presentation, they had to overturn it because nothing about it was genuine, and also, it had breached all the processes that there are in the labour laws,” he said.

Thomas denied the claim of a reduced workweek for employees, noting that for “compassionate reasons, the board decided in 2020 to avoid any staff lay-offs and implement a temporary reduced workweek during the months of May, June, and July”.

He said that this applied to all employees, including the general manager.

“This was due to significant revenue reductions as the gardens could not be rented and plant sales fell - all due to the COVID onset,” he said.

Thomas confirmed that the Ministry of Agriculture gave the NGO an additional $6 million to support its revenue fallout.

However, Valentine argued that the NPF was still receiving its $40-million subvention from the Government over the period.

“A man of straw, you are going to cut his work hours and deprive his children of a little food,” Valentine said.

“I am interested to know whether or not the subvention by Government was used to offset the payment of workers.”

He also questioned whether Thomas was an executive chairman of the entity, noting that he was involved in the day-to-day operations of the NGO.

Thomas said that the NPF is supported by a subvention from the Government, which helps to meet some of its expenses. However, he said that this amounts to approximately 60 per cent of the entity’s annual expenses.