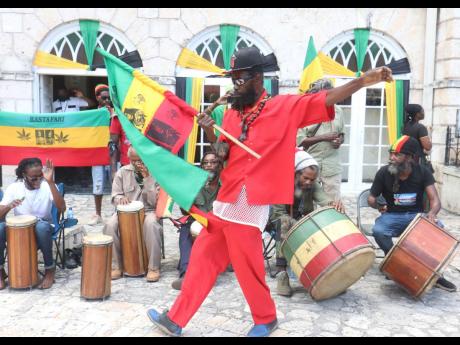 Ashley Anguin/Photographer
Rastafarians in Sam Sharpe Square, Montego Bay, protest on Thursday against state Injustice in the wake of the alleged forcible haircut of an adherent at the Four Paths Police Station in Clarendon. 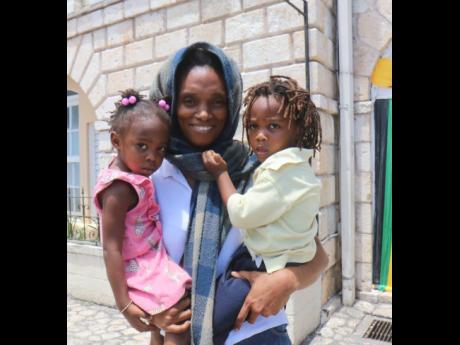 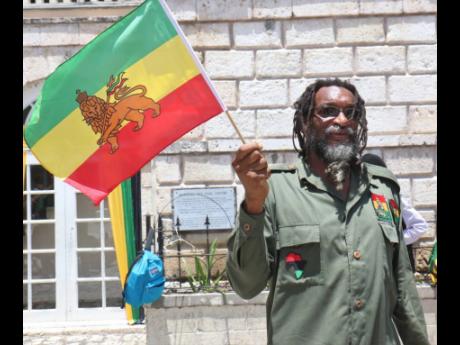 Prominent members of the Rastafarian community in western Jamaica and sympathisers of the movement staged a peaceful demonstration in Sam Sharpe Square, Montego Bay, on Thursday to protest what they have described as state-sanctioned injustice against adherents of the faith.

The protest, which was staged against a backdrop of chanting and Nyahbinghi drumming, generated support from many non-Rastafarians who expressed disgust at the alleged forcible haircut of a 19-year-old Nzinga King by a Clarendon policewoman.

Commissioner of Police Antony Anderson has launched a probe into the July 22 incident.

Mercia Frazier, mother of Mario Deane, who died some time after a brutal beating he suffered in a lock-up at the Barnett Street Police Station in Montego Bay seven years ago, said she felt compelled to support the Rastafarians in their call for justice and respect.

Ika Tafara, chairman of the Rastafari Coral Gardens Benevolent Society, said he is disappointed that after so many years of agitation, the wearing of dreadlocks continues to be an issue in Jamaica.

Tafara was a prominent student activist at Cornwall College in the 1970s when Rastafarian students wearing dreadlocks were being turned out of school.

Hair continues to be a cultural fault line in Jamaican society, with school administrators and the Government on a collision course over bans on Nubian knots and other Afrocentric styles.

“In this time, we were not expecting that after so many years of tribulation and agitation and all of that, and getting the people and society to recognise that Rastas have rights … , human rights in terms of dem locks, how dem dress, and their expression of culture, that the system would still be violating some of those rights,” said Tafara.

Like Rastafarian elder Bongo Manny, Tafara believes that the Jamaican Constitution should be amended to offer greater protection against state overreach and institutionalised discrimination.

A Rastafarian woman who showed up at the demonstration with two dreadlocked infant children said she viewed the alleged haircut as a breach of the rights of Rastafarians.

“It is a small percentage of Jamaicans who behave this type of way against Rastafari people … ,” said the woman, said Portia Burnett.

“A large percentage of Jamaicans out there give us love, give us respect, and encourage us as we go along … for our natural livity and just for holding the level of consciousness.”

The Rastafari movement, founded by Jamaica’s Leonard Howell in the 1930s, has had broad appeal with the grass-roots because of adherents’ repudiation of Eurocentric and colonial ideals.

As a religious imperative, Rastafarians do not cut their hair.

Rastafarian music and philosophy have been synonymous with Jamaica’s cultural appeal.

Ras Iyah V, chairman of the Westmoreland Hemp and Ganja Farmers Association and a prominent spokesman on Rastafarian issues on the global stage, said that the alleged encroachment on King’s constitutional rights was consistent with decades of state-sponsored abuse.

“I and I constitutional rights are yet to be respected by the governmental administration to the point that Rastafari locks can continue to be trimmed in this time and our children are continually being banned from school in this time,” said Ras Iyah V.

“It shows outright violation and outright disregard for Rastafari in Jamaica, a land where Rastafari was born.”