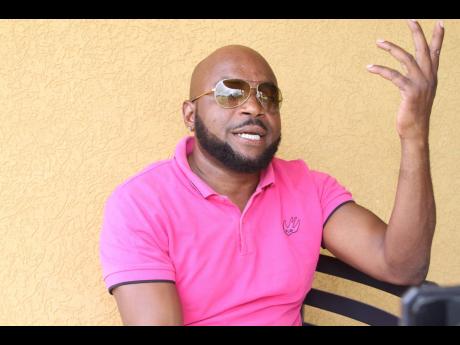 Nathaniel Stewart/Photographer
Nicholas Graham, CEO of Rocky Point Whitehouse Seafood Restaurant, said the even though he will not be able to host the annual seafood festival this year, the back-to-school treat will still be held as the children and families from Rocky Point are looking forward to it.

It is a bittersweet moment for Rocky Point businessman Nicholas Graham as he looks forward to assisting students in his community through his annual back-to-school event.

This year, he will do it without the presence of his beloved mother, Dorrette Johnson, who stood with him and stoutly defended along with other placard-bearing supporters early February when he was detained by the police in connection with a suspected drug plane that made an emergency landing on the beach.

“We will be hosting the event in her honour, as she was like the heart of the community,” he shared in an interview with The Gleaner.

Johnson, who passed away in March, left a huge void in her son’s life, and leaves him also wondering if the stress of what he went through contributed to her falling ill and dying, as he said she didn’t have any serious illness prior to that.

“She was my rock and to the community. She always helped people here and there. She was like the ambassador for White Sands Seafood Restaurant,” he recalled.

Graham said six weeks ago, he enjoyed some measure of success with two events he was able to host when the entertainment sector was briefly reopened and then shuttered due to rising COVID-19 infections islandwide.

The major one, a carnival which was slated to be held on August 27, would have seen most of the proceeds going towards the funding of the back-to-school event.

With the plug now pulled on that, he plans to turn to business stakeholders in the community in order not to disappoint the children.

“We will be doing it in my mother’s honour, so whether or not we make the money, because it is attached to her memory, we will have to do whatever it takes to put a smile on her face and make her happy,” he quipped.

Graham described Rocky Point, the community of mostly fisherfolk, as a mixture of “the have and the have-nots”, and it is for this reason he is going all out to ensure that those in need of assistance are taken care of.

“We definitely like to cater for the have-nots. We will still try to do our best,” he shared as he said the annual event usually sees about 600 to 700 students across the different grade levels attending.