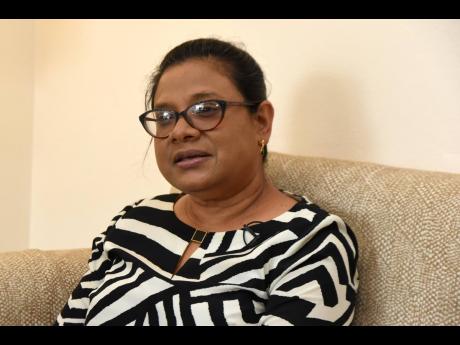 Jamaica’s confirmation of the highly contagious Delta variant of the coronavirus here has set the Ministry of Health and Wellness scrambling to mobilise resources to rein in a tidal wave of infections that has sparked record-breaking rates of case positivity, hospitalisations, and deaths.

The revelation comes amid a shifting narrative of the pandemic’s infectiousness and fatality rate that have disproportionately made victims of the demographic of the elderly and persons with underlying illnesses.

Younger persons are increasingly contracting the disease because of higher rates of exposure, making more of them vulnerable to severe illness and hospitalisation.

“We have always seen that there is a higher level of exposure in the younger age group, in particular the 20-29 and the 30-39,” Chief Medical Officer Dr Jacquiline Bisasor-McKenzie told The Gleaner on Wednesday.

“If it is that these persons now are at risk for more severe illnesses and the possibility of being hospitalised, it means that there is going to be even more stress on our health system because we certainly can expect that more persons will be coming into hospital.”

In the seven days between August 11 and 17, inclusive, of the 85 people who died from COVID-19, 15 were between 60 and 69; nineteen were aged 51 to 59; and 20 were between 40 and 49. Another five were in their 30s, including Marvel Gordon, a manager of the business process outsourcing firm HGS, who died last Friday.

Those data reveal a staggering statistic: Almost 70 per cent of deaths were of people younger than 70.

The Ministry of Health and Wellness reported on Wednesday that 22 samples dispatched for testing showed traces of the Delta variant.

Those results – culled from 40 of 60 samples sent for testing at the Caribbean Public Health Agency – represent a positivity incidence of one in every two persons and is consistent with the increased infection prevalence seen in this week’s record of 46.1 per cent from general daily tests.

Bisasor-McKenzie is especially concerned about the coping capacity of front-line healthcare staff.

That comment no doubt referenced the fatigue and frustration at facilities like the Savanna-la-Mar Hospital, where nurses temporarily withdrew their services on Tuesday, charging that the dizzy caseload of coronavirus infections and deaths was pushing them towards breaking point.

Bisasor-McKenzie is hopeful that a field hospital can be established at Sav in another two weeks. More broadly, she emphasised that it was crucial for overall admissions to ease. Islandwide hospitalisations are at 494 while deaths have soared to 1,339. Infections are nearing 59,400.

“At 100 admissions per day over the last three days, if this continues, in another three or four days, we would have 700 admissions for the week,” Bisasor-McKenzie told The Gleaner. Her estimate that 1,400 COVID beds may be needed to accommodate the swelling numbers is a graphic verdict on the country’s current hospital capacity of about 700.

Data suggest that the variant has been in Jamaica since at least July, with cases being recorded in the parishes of St Elizabeth, Westmoreland, Manchester, Clarendon, St Catherine, St Ann, Kingston, and St Andrew.

The Pan American Health Organization (PAHO) is asserting that achieving herd immunity may require vaccination rates above 70 per cent, which is five percentage points higher than Jamaica’s target for March 2022.

Speaking at an online webinar on Wednesday, Dr Jarbas Barbosa da Silva, assistant director of PAHO, disclosed that some models are now suggesting that vaccination rates needed to crest 80 per cent to successfully stem outbreaks.

To date, no country has achieved 80 per cent take-up.

The United States Embassy in Kingston announced that 208,260 doses of the Pfizer vaccine will arrive in Jamaica Thursday morning. And Education Minister Fayval Williams announced that the vaccination programme for children 12 years and older will begin on the weekend. Details on the roll-out are due to be revealed at a press briefing Thursday afternoon.

The success of that campaign will be crucial to the resuscitation of Jamaica’s education sector, which has sputtered since March 2020, with learning loss, Internet connectivity woes, and access to computers leaving more than a 100,000 kids beneath the radar.

Teaching for the new academic year is slated to begin virtually on September 6 while face-to-face classes for high schools will not resume until early October. But the ink on those plans cannot dry because of the uncertainty stalking Jamaica’s management of the third wave of COVID-19.

The flagging fortunes of the vaccination campaign indicate that Jamaica has hardly left the starting blocks: The 137,593 people fully vaccinated, according to the health ministry’s website tracker on Wednesday, represents less than five per cent of the target population – the lowest per-capita compliance in the English-speaking Caribbean.

President of the Private Sector Organization of Jamaica, Keith Duncan, believes that the prevalence of the Delta variant could spur greater domestic demand for vaccines.

“What you can expect is an uptick because people are seeing the hospitals overflowing ... and they are going to be a lot more willing to take the vaccine. Delta being here will drive demand,” Duncan said.

To encourage take-up, the Private Sector Vaccination Initiative (PSVI) is launching more sensitisation sessions in a bid to push back at a vigorous anti-vaxxer lobby that has spun conspiracy theories and misinformation.

More than 30 companies have expressed an interest in having their workers vaccinated, with the number set to increase shortly. Interested companies can call 876-339-0988.