Doubters remain despite 500% jump in fatalities in eight months 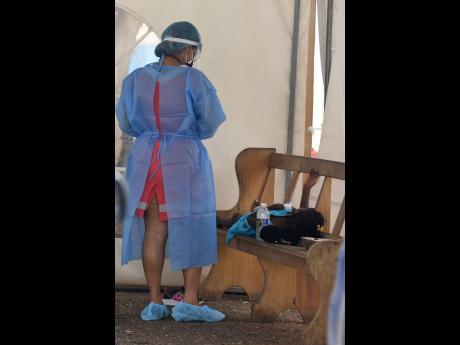 Kenyon Hemans
Kenyon Hemans/Photographer A nurse attending to a child laying on a bench under a tent at the Mandeville Regional Hospital in Manchester. In order to cope with the COVID-19 crisis in the parish, the hospital converted part of its parking lot towards the Accident and Emergency Unit into a tent ward with its own waiting area. 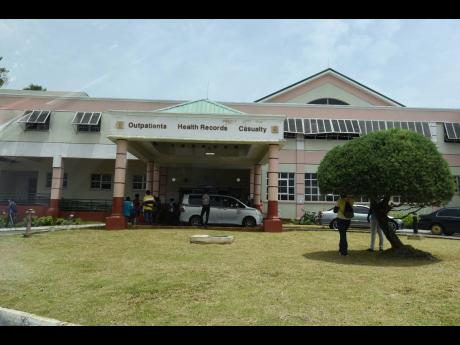 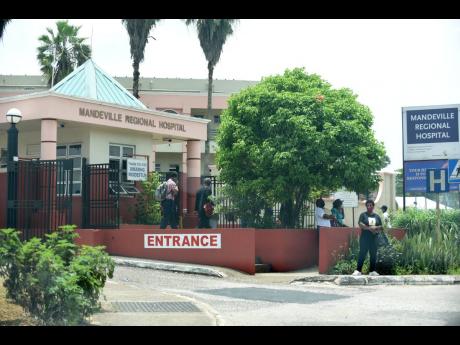 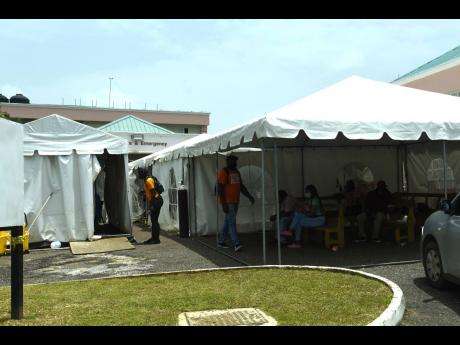 Kenyon Hemans
In order to cope with the COVID-19 crisis in Manchester that has resulted in many residents flooding health facilities, the Mandeville Regional Hospital in the parish capital has converted part of its parking lot towards the Accident and Emergency Unit into a tent ward with its own waiting area. 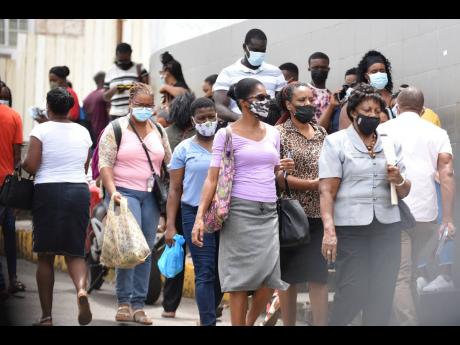 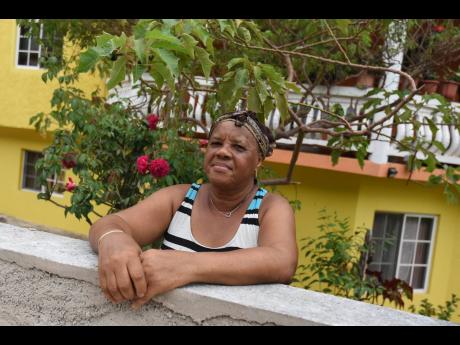 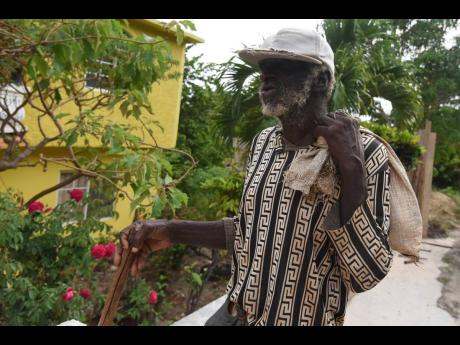 Kenyon Hemans
Kenyon Hemans/Photographer Manchester resident Eustace Wilson, who has been blind for more than 40 years, is anxious for someone to take him to get the COVID-19 vaccine. 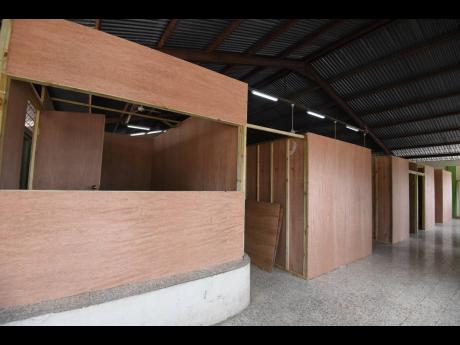 Kenyon Hemans
Mandeville Seventh-day Adventist Church hall is being retrofitted at a cost of $2.02 million to help with overburdened Mandeville Regional Hospital
1
2
3
4
5
6
7
8

At the end of 2020, the Ministry of Health had recorded 18 COVID-19 deaths from 612 cases in Manchester. Before the end of January 2021, the central Jamaica parish became a worry for health officials, who said that 43 out of every 100,000 residents were infected by the deadly coronavirus.

The virus’ deadly grip on the parish has not gone unnoticed. In some sections, almost everyone knows someone who has died from or was ill with COVID-19. Some believe the grim toll is even higher than currently reported.

Last Saturday, an elderly woman, who is believed to have contracted the virus on a family outing, died within a day after hospital admission. One of her daughters had also tested positive for the virus prior to her death.

Four days earlier, another woman also died. The family said that she had COVID-19.

Two days before her, an elderly woman also died after reportedly being infected by a family member.

All these deaths were within a two-mile radius in southern Manchester.

One resident likened the situation to leaves “dropping off trees”.

The rising death toll has driven fear into many residents, some rushing to vaccination sites. Yet, others remained reticent.

As at September 2, the health ministry said 10,492 residents of the parish were fully vaccinated, while 27,482 had received one dose of the two-shot course.

“There is no organised transportation system here,” the retailer told The Gleaner.

“When gas price go up every week, you can’t tell a man to carry two persons less. So the seven-seater buses carry eight or nine persons. The cars carry six, and children don’t count,” Henry said, even as he pointed out other containment orders were also being violated.

“People were not taking it seriously until they start hearing that people they know have died from the virus. Between their carelessness and recklessness, that is how the virus just moved like wildfire,” he said, pointing to funerals as an example of “major spreaders”, as despite restrictions on the number of mourners who could gather, large crowds still attend such services.

On Thursday, news emerged of the death of a returning resident, who began having symptoms of the illness after attending a funeral three weeks prior.

“It seems that the tourism dollars are more important than people life. So the workers collect the virus from the hotels and carry it home. That’s why Westmoreland is like that, and that is why Manchester is like that,” he opined, despite tourism ministry officials denying that the sector has been responsible for the spread of COVID-19.

The young man pointed to “hotel parties and the careless people them who book weekend reservations just for the parties” as well as the Mocha Fest breaches at Rick’s Cafe and possible cases from the Dream Weekend party series last month.

“Is only God know how I didn’t get it before I took the vaccine,” he reflected, thankful that he has now been immunised.

In deep rural areas of Manchester, the reticence was even stronger.

“The injection a kill off nuff people a farin and me naah tek it,” said a woman in Marlie Hill, although she could offer no explanation for vaccinated Jamaicans not also figuring among the toll.

A“Govament a mek Bill Gates tun dem inna idiot,” another said, making it clear he would not line up for the jab.

Asked who Bill Gates is and what business he is in, he could not say.

“I am one of those who believe in the blood (Jesus) coverage. Many persons I know have been talking to God. Some have said God told them to take it, and others say the answer is no,” said a woman on the compound of the Mandeville Seventh-day Adventist (SDA) Church.

On Wednesday, many of the unvaccinated cited religious grounds for not wanting the jab.

However, others were jolted by recent images of patients on mattresses on the floor at the Mandeville Regional Hospital in the parish capital. And an oxygen crisis last weekend proved to be just the push they needed to join the vaccination line.

In order to cope with the COVID-19 crisis in Manchester that has resulted in many residents flooding health facilities, the Mandeville Regional Hospital in the parish capital has converted part of its parking lot towards the Accident and Emergency Unit into a tent ward with its own waiting area.

Four adults and a little girl were seen on benches outside the tent when The Gleaner visited last week.

An older sister bemoaned the long wait to get treatment for the little girl, who reportedly had a fever, diarrhoea and was vomiting.

“She had to do heart surgery already when she was younger, so I am really worried now. Is from morning we here, and honestly I had to go on bad to get some attention for her, but the doctors and nurses are moving like they on go slow,” the distraught sister told The Gleaner.

When questioned about the pressuring circumstances and long shifts healthcare workers had to endure because of the explosion of COVID-19 cases, she said that she simply did not want her sister to die.

Later, a doctor was observed administering care to the young girl.

Earlier, when The Gleaner attempted to get information from a staff member donned in personal protective equipment, including face shield and shoe covers, we were told that “even the simplest of information must come through the chief executive officer’s office”.

The Gleaner’s efforts to reach CEO Alwyn Miller were unsuccessful, but sources say the institution has been experiencing frequent COVID-19 deaths.

A nurse at the hospital has publicly detailed her fragile psychological state as she wrapped bodies for the morgue and the pain of passing on painful news to relatives.

So overwhelmed is the Mandeville Regional Hospital that its outpatient department is being moved to the SDA church hall across the street.

The newly created hospital space has been retrofitted to accommodate at least 35 persons, as all previously remodelled areas at the hospital are full because of the pandemic crisis.

Inside the church hall, more than 20 office spaces were observed under construction. Most were already outfitted with doors, but no one was on hand to give any information.

“The work is on schedule to be completed this weekend (Saturday) for use next week latest,” he told The Gleaner.

If I could get someone to carry me, I would take the vaccine’, says blind Manchester resident

While many persons wore masks in the parish capital, further travel into deeper sections of Manchester, including Cocoa Walk and Cross Keys, revealed a mixed level of compliance with COVID-19 containment protocols, with some persons stating that they were not afraid of the virus.

Patsy Logan Green lives between Jamaica and the United States.

“I took my vaccine from early in the USA. I just had a little stiffness at the area where I got it and nothing else. Doctor told me to take water before and after,” she told The Gleaner.

Her husband, Glasbert (‘Baby G’), received his first dose on Tuesday. After travelling to Manchester High School and receiving a ticket number close to 900 on Monday, he left out at 4:30 a.m. Tuesday and headed to the vaccination site, along with two other community members. He waited for the jab this time, although he still received a ticket number over 100.

Eustace Wilson, who turns 80 years in October and has been blind for the last 40 years, had expressed scepticism in January when The Gleaner spoke to him about his efforts to keep himself safe from the virus.

The elderly man, who lives alone, had then noted that he had no fear, as having survived other viruses and even hurricanes in his 79 years, he could beat COVID-19 as well.

On Wednesday, he changed his mind, however, saying that he would be willing to take the vaccine if only he could get help to get to the vaccination site.

“If I could get somebody to carry me, I would go and get it, but nobody want to give me a drive,” he said, adding that he has heard about many people who have died from the illness.