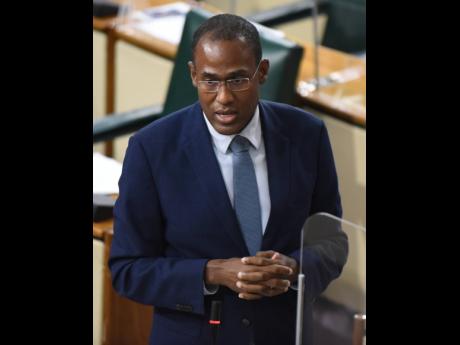 Expenditure pressures brought on by the rise in the intensity of the COVID-19 pandemic is a chief consideration for the Government as it now formulates the first 2021-22 supplementary estimates through which it will seek to address critical needs emerging in Jamaica since the approval of this year’s $830.8-billion Budget.

“This first supplementary budget will address crucial financing requirements of the health sector, which are significant, as the Government continues its efforts to reduce the health impact of the pandemic on the population, as well as more targeted support for vulnerable populations, among many other areas of acute expenditure needs at this time,” noted Dr Nigel Clarke, minister of finance and the public service.

He said the decision to formulate the supplementary budget comes against the background of robust revenue out-turns recorded for the first four months of the fiscal year, ending July 31.

He noted that revenues exceeded budgeted inflows by $17.3 billion, which was among the factors spurring the primary balance surplus past the budgeted $26.4 billion target over the period.

“The robust revenue performance reflects the much higher than anticipated [gross domestic product] GDP growth, recently projected by the [Planning Institute of Jamaica] PIOJ at 12.9 per cent for April-June 2021, compared with the prior year, as Jamaica commenced its economic recovery from the initial economic impact of COVID-19 in fiscal year 2020/21,” the minister stated.

Clarke pointed out, however, that while Government’s actual spend for the period was $7.3 billion lower than programmed, “an underperformance of expenditure at a point in time does not reflect a reliable source of fiscal savings, as the expenditure may simply be delayed”.

It is anticipated that the first supplementary budget will be tabled in Parliament by the end of September 2021,” he said.