Twins shoot for the stars 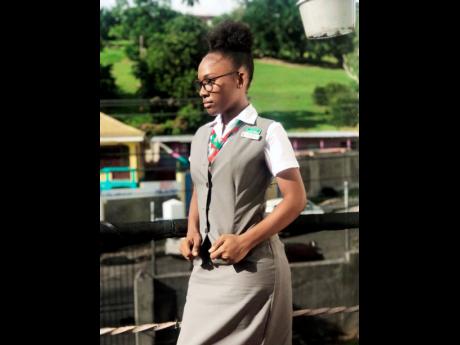 Contributed
Stania McIntosh has hopes of becoming a medical doctor. 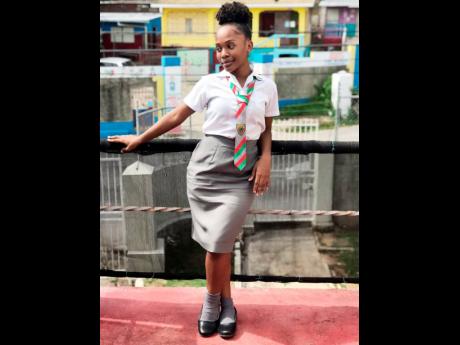 Contributed
Stanea McIntosh wants to study geography at The University of the West Indies, Mona. 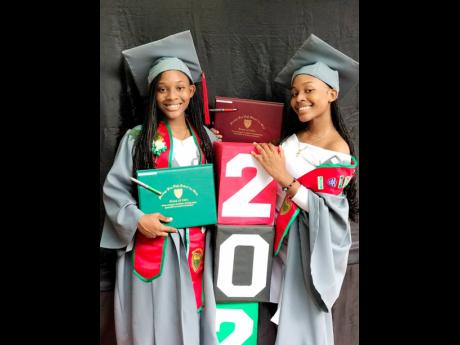 Soldiers form a circle around their community. Crime has rocked its core. But twins Stanea and Stania McIntosh refuse to allow their Norwood, Paradise, address to define their future.

The 19-year-old Montego Bay High alumni, whose community is one of two in St James under a zone of special operations (ZOSO), have aced two rounds of external examinations and have their eyes on matriculating to university.

Stania scored 10 ones in the Caribbean Secondary Education Certificate (CSEC) and copped five in the Caribbean Advanced Proficiency Examination (CAPE). Stanea excelled with eight CSEC passes and four at CAPE.

Stania wants to study medicine and Stanea has opted for geography. Both young women fancy themselves as nation builders and hope to follow in the footsteps – and fortunes – of their older brothers of attending university through scholarships.

The younger of the two brothers, Devin McIntosh, a youth parliamentarian, is enrolled in a second-year economics degree programme at The University of the West Indies (UWI), Mona, while the older is completing his master’s.

The twins have been accepted into The UWI.

Their mom works as a health records clerk at Cornwall Regional Hospital and their father is a mason.

The girls feed off each other’s momentum, pushing themselves to new academic achievements.

They have first-hand knowledge of how competitive the world of scholarships is, having watched their brothers’ ambitious lunge.

“Even if we were from a middle-class home, finding the amount of money for med school would nearly be impossible,” Stanea said with resignation on Sunday.

“You can just imagine being in a poor household how her (Stania) dream of going to med school seems just completely unreasonable or impossible, but yet we are still trying,” she said with conviction.

Stanea said that she wants to use her degree in geography to reshape the social structure of communities to better influence young people.

“I recognise my civic responsibility to my community and my civic duty to Jamaica, and that’s why I don’t plan to leave here,” said Stanea, who volunteers helping the mentally ill.

Stania, who was inspired by an anaesthesiologist at Cornwall Regional Hospital, faces a daunting annual tuition of $4.2 million in order to become a medical doctor.

“I am truly bent on attending university this year,” she told The Gleaner.

Stania was head girl at Montego Bay High for Girls and her sister, student council president, both two years in a row. Stania was also president of the Mathematics Club with her sister the vice-president. They have also participated in debating and quiz.

“My parents have always taught me that it does not matter where you come from, and if you want to elevate yourself, you have to put in the hard work, so they motivate us to depend on each other rather than what anyone else outside of the family has to say,” Stania said.

The twins’ brother, Devin, who wrote The Gleaner seeking assistance, is inviting readers to contact them at 876-804-1848 or email devinmcintoshja@gmail.com to help their cause.