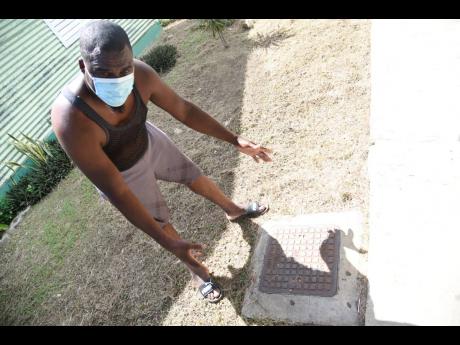 Nicholas Nunes/Photographer
Rayon Reid, the lone survivor of the Moneague septic pit tragedy, demonstrates how he was pulled to safety from a larger tank than the one seen here at his Monk Street residence on Tuesday. 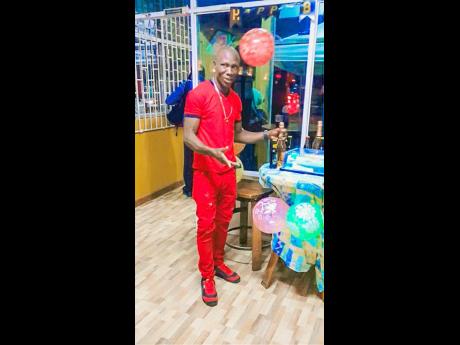 Contributed
Kirk Kerr and two other colleagues died while trying to clean a septic tank at Moneague College in St Ann.
1
2

In the wake of the tragic deaths of three men who are believed to have died from noxious fumes, a public-health expert has warned of the occupational hazards and grave dangers involved in the cleaning of septic tanks. President of the Jamaica...

In the wake of the tragic deaths of three men who are believed to have died from noxious fumes, a public-health expert has warned of the occupational hazards and grave dangers involved in the cleaning of septic tanks.

President of the Jamaica Association of Public Health Inspectors, Karen Brown, has called for stricter regulations to be imposed on the sector and that standardised training be enforced to prevent a recurrence.

“There is some draft that was created for the regulation of these operators of sewage haulage trucks, but it never came to fruition, so they are really not so regulated as far as I am concerned,” Brown told The Gleaner on Tuesday afternoon.

“So, one of the things is that they need to be better regulated to ensure that they maintain the proper safety standards, and people are trained because I don’t think that these people who got themselves exposed could have been trained,” Brown added.

The public-health inspector said that specialised equipment, including oxygenated breathing apparatus, should be worn by crewmen cleaning septic tanks.

Her observation turns scrutiny on apparent negligence and laxity in the operations of the sewage haulage industry and broader issues of monitoring and safety that may have gone beneath the radar.

The cesspool workers who are suspected of dying from fume-related distress at Moneague College on Monday are Joslyn Henry, 56; Kirk Kerr, 46; and Beresford Gordon, 46.

Septic tanks are a bubble of toxic gases including methane, hydrogen sulphide, and other chemicals, said Brown, which can cause the displacement of oxygen and trigger breathing problems.

“Persons should definitely be concerned about septic tanks and safety, in terms of entering or accessing septic tanks and that is why cleaning of septic tanks should be done by trained professionals who are knowledgeable,” the association president said.

Septic tanks on residential properties present limited danger, said Brown, but many operators fail to practise the highest standards of safety when tackling busted pits that allow the emission of gases.

The Occupational Safety and Health Act 2017 has meandered through the nation’s Parliament for years but has not given force to the transformation of standards in workplaces.

Workers who sustain injuries on the job may be eligible for compensation, argued attorney-at-law Charles Ganga-Singh.

But the devil is in the details, he said.

“One of the things you have to look at is the actual contract of employment and you have to establish whether a worker is a contractor of services, or for services. In other words, whether he was an independent contractor or not,” Ganga-Singh told The Gleaner.

“If a person is operating as an independent and had to take care of themselves in terms of having the various equipment, etc, as opposed to whether the company should provide it, those are the questions you have to ask. You have to know what the situation is in each scenario.”