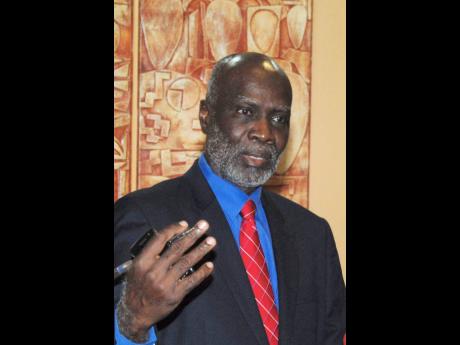 An official of Airports Authority of Jamaica’s (AAJ) finance committee in March 2021 said he was not convinced that “proper due diligence” was done before the group pumped almost a half a billion dollars of taxpayers’ money in start-up First Rock Capital Holdings (FRCH).

Calls are mounting for action from the Andrew Holness administration after The Gleaner revealed on Saturday that analysis considered by the AAJ board on January 23, 2019, recommended against pursuing the First Rock investment because the company had “limited financial and operational history”.

However, by February 8, 2019, the boards of the AAJ and its subsidiary, the Norman Manley International Airport Limited (NMIAL), approved the investment of US$500,000 per entity through a private placement. The two acquired additional shares for US$1 million each in a January 2020 IPO, pushing the total investments by the group to US$3 million (J$450m – the central bank buying rate up to last Thursday).

First Rock started operations in March 2019 and listed on the Jamaica Stock Exchange the following year.

Concerns started stalking the transactions within months of the first one, board minutes have revealed, leading to a March order for an investigation from the responsible minister, Robert Montague, who has been publicly silent since the scandal broke in June.

Holness, who in July said he was “gravely concerned” although not fully briefed, has said nothing since.

“Based on information provided, he did not get the feeling that a proper due diligence or analysis was done, or it might have been done but he saw nothing indicating this,” said Dalma James, based on records of the March 18, 2021, AAJ finance committee meeting

James, a co-opted member, also questioned the security of the investments and “whether they (FRCH) had the resources to guarantee return on the investments promised, and was the AAJ/NMIAL prepared to take the level of risk”.

Committee Chairman Ian Dear reportedly indicated that while he supported enterprise and start-up ventures, “there was need to ensure that the investment was secure”.

The committee was also reacting to internal concerns that the public entities would lose were they to sell their shares at the time.

AAJ accountant Everton Chin-See agreed that there would be a loss, explaining that the purchasing prices had fallen, the minutes said, noting that the AAJ’s portion of the shares was then valued at US$1.2m, less than the purchase cost of US$1.5m.

“The loss would be approximately US$220,000. This was a similar situation with shares held by NMIAL,” Chin-See said.

Dear replied that if the decision was to sell the shares at a loss, the AAJ management would have to make a recommendation to the board explaining why, whether it was because First Rock was having “internal issues”, the overall market situation, or because of the COVID-19 pandemic.

AAJ group head Audley Deidrick later joined the meeting and after he was briefed, said the 2019 shares purchase followed a presentation by First Rock and the “involvement” of the then boards.

“This was also prior to extensive analysis of their business plan proposals and prospectus,” the minutes said of Deidrick’s response.

However, James, who raised the initial concern, may not have been aware of the initial recommendation against the 2019 transaction deal and the subsequent one which gave the go-ahead although First Rock only met one of six eligibility criteria. AAJ and NMIAL felt the investment would diversify risks and increase earnings.

Two then NMIAL board members and an AAJ official had also reported not participating in the 2019 decision at a retreat they were also attending.

The AAJ had also changed its policy and made the investment– all before advising the finance ministry from whom permission was needed, based on the law, to invest in an unlisted company.

The analysis for the 2020 IPO investment had First Rock meeting all the eligibility criteria.

Deidrick, meanwhile, clarified that the intention was not to sell the stocks at a loss.

Two reasons, he said, were driving the decision to sell – the “heavy investment” in the St Lucia-registered First Rock, compared to others, and the need to have NMIAL give its portion of money to provide $5 billion from the group to the Government for financial support.

With 28.5m shares, the AAJ Group is the third largest investor in First Rock.

Meetings, Deidrick said, were held with the principals of First Rock and the approach to get rid of the shares was to identify and target large blocks of investors.

The sale is outstanding, with September 2021 being the deadline, according to the AAJ, for the transfer of funds to the Government.

Current AAJ board members who were involved in at least one of the First Rock investments are Fay Hutchinson (chair), Denton Campbell, Epsi Cooper-Morgan, and Pauline Bowla (joined board after first investment, abstained in vote on second).

Current NMIAL board members who were involved in at least one of the investments are: Donna Reid, Leroy Lindsay, and Thomas Chin.

EDITOR’S NOTE: Mrs Fay Hutchinson has filed a lawsuit against The Gleaner Company (Media) Limited alleging that previous articles defamed her. Those issues have not been ventilated in this piece.