‘She should not have died’ 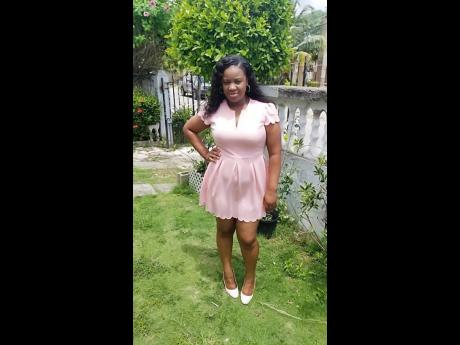 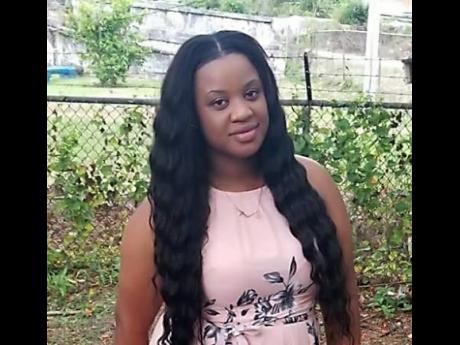 Shanice Hawthorne telephoned a relative from her hospital bed at the Cornwall Regional Hospital (CRH) in St James on August 29 complaining that her complexion had turned “black and blue” and she was “stifling” - signs she believed signalled her...

Shanice Hawthorne telephoned a relative from her hospital bed at the Cornwall Regional Hospital (CRH) in St James on August 29 complaining that her complexion had turned “black and blue” and she was “stifling” - signs she believed signalled her impending death.

Hawthorne, 26, died, and so did her seven-month-old foetus, a boy. Her six-year-old son was left motherless.

At the time, major public hospitals, under pressure from COVID-19 hospitalisations, were running out of oxygen, which doctors and families have blamed for at least eight deaths, including Hawthorne’s. The Holness administration has so far been silent on calls for an independent probe.

“She call me and seh, ‘Vill, you know me go dead … me deh go short pon oxygen,’” Vilbert Anderson, partner of one of Hawthorne’s aunts, recounted of his final conversation with the patient.

“Hold on likkle bit, man, yuh nah go dead before you get oxygen,” he told her.

But Hawthorne, said Anderson, replied: “All the try me a try hold on me, me nah guh mek it’.”

After reassuring Hawthorne to save her breath, he called her back 20 minutes later, but the phone rang ominously without an answer.

Hawthorne’s boyfriend, Kemar Moore, called him early the next morning, on August 30, with news that the hospital had called him in.

Hawthorne, who lived with Kemar in Maroon Town, St James, was a customer service agent at Knutsford Express, a bus company.

Moore, 30, said Hawthorne started having breathing difficulties on August 24 and visited her private physician in MoBay the next day. She was referred to the CRH, where she was admitted the same day.

She was helped throughout that time by her aunt and Anderson, who works at the hospital.

Following the hospitalisation, Anderson said Hawthorne was confirmed COVID-positive on August 27. The same day he got prescriptions for two medications, which he said cost $44,000 and more than $200,000. He bought the cheaper one.

Hawthorne reportedly continued to report feeling fine although her concern over oxygen lingered.

“When she called me back inna the night, me so surprise, me nah tell you no lie … because me know seh when me left deh Sunday 3 o’clock (p.m.), she tell me seh she all right and she call me back around 5 o’clock when me woulda ketch home,” he said.

Hawthorne’s boyfriend said she was his “love. I don’t know if in life I’m going to find anyone else like she. She was everything to me. And the thing about it, she was bringing my first child,” said Moore, a bus driver.

“If she had the oxygen, she would be fine today.”

Anderson and Moore said they were not vaccinated, nor was Hawthorne, whom they said was under caution, given her pregnancy.

“She should not have died,” said a CRH doctor who spoke recently on Hawthorne’s situation on condition of anonymity.

Another doctor said the lives of more than a dozen patients in the intensive care unit were compromised because they needed high-flow oxygen. Cylinders, which are said to function at 60-70 per cent capacity of high-flow oxygen, were reportedly not effective.

“That means people are sure to die, and we got supplies too late on Monday to save some of them,” he said.

Healthcare workers and relatives have also rejected claims from the Western Regional Health Authority that the lack of oxygen did not contribute to the death of Savanna-la-Mar nurse Diagrea Cunningham at the CRH.

CRH, itself an ailing institution caught in a multibillion-dollar rehabilitation with no fixed deadline, was among the hardest-hit hospitals from the oxygen crisis. Kingston Public, Sav-la-Mar, and Spanish Town are others.

Industrial Gases Limited, the country’s sole supplier of medical oxygen, admitted to running low because of a global shortage, and later argued that the Government did not give it projections, a claim the health ministry has rejected.

The ministry is investigating deaths over the period August 27-30, but Public Defender Arlene Harrison Henry and groups such as the Medical Association of Jamaica are pushing for the probe to be led by experts independent of the Government.

Thirty-five COVID-related deaths have been reported over the period, with 14 occurring between August 27 and 28. Because of a lag in confirmation, more cases are still being reported for the period.