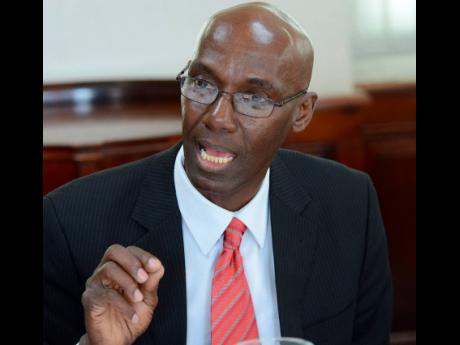 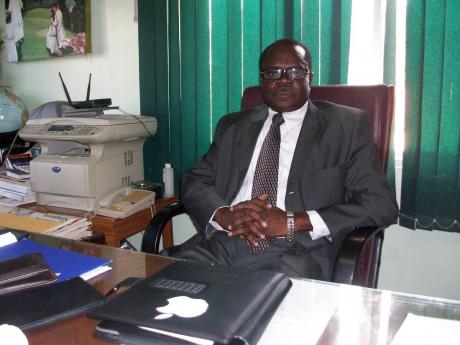 Not even the death of two close relatives and the hospitalisation of his spouse, owing to the COVID-19 virus, has convinced a hesitant Seventh-day Adventist pastor in Montego Bay, St James, to embrace vaccination.

The revelation comes as conspiracy theories and anti-vaxxer sympathies are reportedly making inroads within the most populous denomination in Jamaica, chipping away at confidence in the national vaccination drive.

Adventists sceptical of the vaccines are apparently being influenced by charismatic leaders such as executive secretary of the North Jamaica Conference, Pastor Astor Bowers, who publicly declared on June 18 that he had made up his mind in 2020 not to take the jab because he was distrustful of the science.

During an interview with host pastor Karl Archer on the popular 'Journey of Faith' programme streamed on YouTube and Facebook, Bowers said that he had been listening to a group of reputable doctors who questioned the validity and efficacy of vaccines. He urged adherents to embrace the church's core message on health and well-being.

Vaccination has become a source of fracture and foment in the deeply orthodox church that generally frames its vision of the world along sharp binary lines. The rift presents a source of public embarrassment because the Seventh-day Adventist Church has high-profile government representatives among its membership or peripheral following, including Governor General Sir Patrick Allen, head of state, and Prime Minister Andrew Holness, who was raised in Adventism. Allen formerly presided over the Central Jamaica Conference and was head of the West Indies Union of Seventh-day Adventists until 2009.

With more than 4,000 viewers watching and participating in the Journey of Faith at the time, members such as Norma Clarke commented that she had made up her mind to die, but not from the vaccine, while Vida Record's pronouncement was, “No vaccine at this time.”

Pastor James Sonlin, on the other hand, though hesitant, says he is still in evaluation mode.

“I do not know yet if I will take the vaccine,” he admitted to The Gleaner.

Sonlin noted that among his family members who passed because of the virus, his father-in-law received the first dose of the vaccine, while his mother-in-law did not take it. Sonlin and his wife contracted the virus and have not been vaccinated, either.

He has not encouraged his members to take the jab, saying it is a deeply personal matter.

“They (my congregants) need to evaluate it carefully, pray about it, and make their decision based on how they are convicted. I don't believe in telling people they should or should not. They must make their own decision on the matter,” he stressed.

Pastor Everett Brown, head of the Jamaica Union Conference, said that the church believes in the efficacy of vaccines and encourages compliance among its members but does not back mandatory take-up.

He said further that opponents of vaccination would not be censured by the denomination.

“The taking of vaccine is a personal decision and persons have a right to exercise their conscience, and hence no one who refuses to take the COVID-19 vaccine or opposes it will be sanctioned by the church,” Brown told The Gleaner.

President of the West Jamaica Conference, Pastor Glen Samuels, admits that the organisation had lost persons to the virus, but cautioned that there are no empirical data to say Adventists disproportionately accounted for deaths more than any other denomination.

Both Samuels and Brevitt argued that anti-vaccine objections by their congregants did not signal a split in the church. Allowance for strong disagreement is part of the church's democratic values, they said.

“There is no uniformity of thinking,” said Samuels.

“Getting vaccinated is an individual choice, and so some persons have chosen to process the decision; and quite a vast number of our members have been vaccinated, and others are planning on being vaccinated,” the western region head said.

Samuels, who declined to divulge his vaccination status, said that he did not believe that the majority of Adventists were hesitant.

Samuels lost his brother-in-law to the virus last week and said that he understood the pain of death.

In the last two weeks, he said, the West Jamaica Conference has had to provide counselling to grieving families in Hanover, Westmoreland, and St Elizabeth.

He urged members of the denomination not to indulge in conspiracy theories, but to instead consult a trusted doctor before throwing away their lives.

“If you have tried your best with natural remedies, then common sense dictates that you listen to medical science,” he said.

Samuels has also warned members who don't believe in wearing masks, hand sanitisation, and social distancing to not attend church and risk spreading the virus.

Brevitt strongly opposes the characterisation of the vaccine as the 'Mark of the Beast' – the apocalyptic sign of a feared rise of the antichrist - an argument being posited by some adherents. He also hinted that some members have requested official letters from the church endorsing anti-vaccination.

“The church cannot give those letters, because we are not (against the vaccine),” Brevitt said.