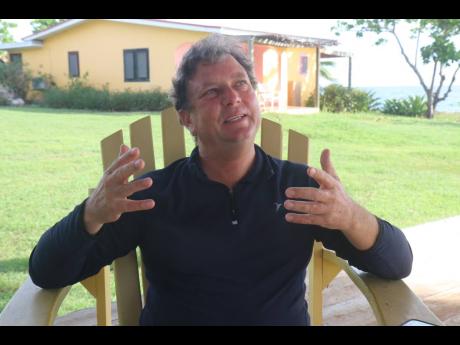 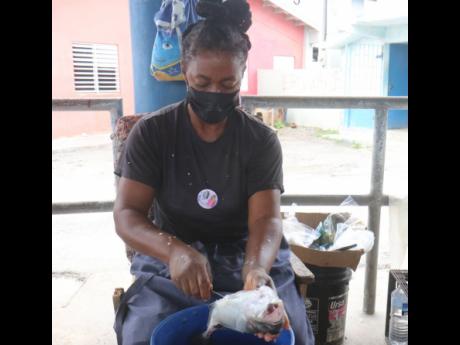 Ashley Anguin/Photographer
Fish vendor Sandra Linton-Jones believes Green was doing well in the fisheries portfolio, pointing to an insurance scheme implemented for fishers as one of his successes. 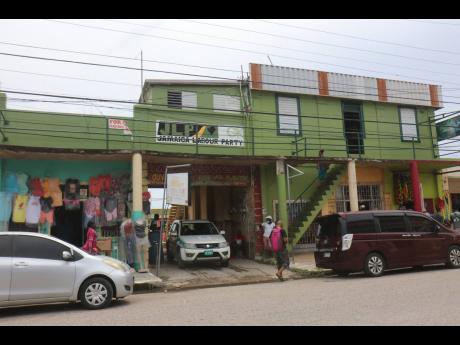 There was disappointment all around Floyd Green’s St Elizabeth South Western constituency yesterday after he resigned as agriculture and fisheries minister amid the fallout from footage that surfaced showing him frolicking at an event on a no-movement day.

Green, whose resignation was announced yesterday morning after a meeting with Prime Minister Andrew Holness, released a statement apologising for what he called “a grave error of judgement”.

“No matter how briefly, and regardless of the circumstances, I should never have participated in any engagement that could indicate a lack of appreciation of the difficult and serious realities that now face the entire country,” he said. “My actions have demonstrated a lack of sensitivity for the difficult realities that all of us are facing currently.”

Kaydean Senior of Pedro Plains district blamed “youthful exuberance” for the incident but believed that Green should face the consequences of his actions.

“He is a very good minister. I have no doubt he will be back in the Cabinet before long, but there is a consequence to his action,” Senior told The Gleaner. “I guess it’s youthful exuberance. The good thing about it is that they can’t say he steal anything, so nobody has anything over his head.”

Another resident of the constituency, who identified himself only as ‘Fireman’, said what Green did was unbecoming of a government minister and that he should have been setting a better example.

“His resignation is justified,” the man remarked.

The mood inside Green’s constituency office was militant as staffers were overheard stoutly defending him. However, when pressed for a comment on the record, Kenroy James, who manages the daily activities of the constituency, said he was not in a mood to speak to The Gleaner. His colleagues took a similar stance.

However, Glenford Blake, a senior resident of the constituency, believes that Green should be charged under the Disaster Risk Management Act.

“I vote for him, so I am more than disappointed when I hear that the man go a party without a mask,” said James.

The prime minister has indicated that he has referred the controversial video to the police for an investigation.

Sandra Linton-Jones, a vendor at the Black River fish market, said fisherfolk like herself will suffer as Green was representing their best interest.

“We a go feel it. I am a fish vendor for 29 years and is only Floyd Green help us so that we can have insurance as fisherfolk. Nobody else put these things in place so that if anything happens to us as fisherfolk, we can get benefit from it,” Linton-Jones said.

NO EFFECT ON ST BESS

Black River Mayor Derrick Sangster said that the situation was most unfortunate but believes that Green’s departure will not affect any benefit that the Government would be providing to farmers in the parish.

“I don’t want nobody to have the perception that farmers in St Elizabeth were being treated better than anywhere else in Jamaica. The minister of agriculture works to benefit all farmers across the island. Therefore, the parish will not be affected not having Green as the minister,” said Sangster.

Businessman Jason Henzell, the owner of Jakes resort, the premier tourist attraction in the parish, said the situation was disappointing.

“It was incredibly unfortunate. He made a bad decision, and to his credit, he did the honourable thing [by resigning],” said Henzell.”This is no doubt a big blotch on his career at this particular time, and the right thing was done. I believe that over time, he will come back.”

Added Henzell:”He took accountability immediately, didn’t try to make excuses, he owned up to it, and for that I have a lot of respect for him. I am hoping that the people of Jamaica and the prime minister will give him another chance to rise again in the near future.”