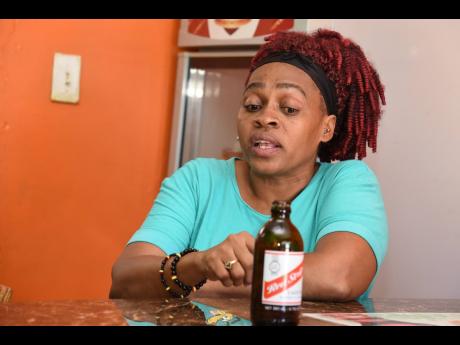 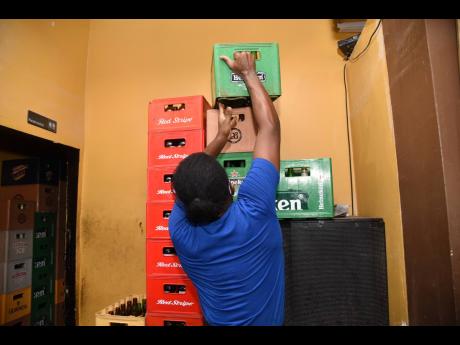 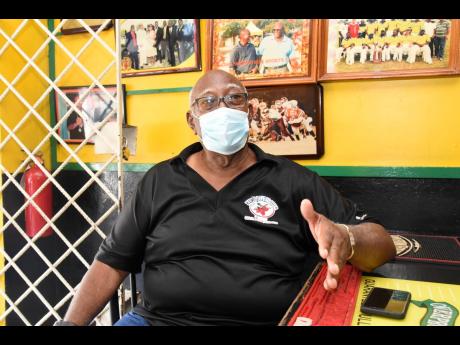 Kenyon Hemans/Photographer
Lester ‘Ken’ Crooks, owner of Ken’s Wildflower, talks about how the supply crisis has squeezed his business.
1
2
3

The COVID-19 pandemic and four consecutive weeks of three-day lockdowns it spawned are being blamed for the ‘full-for-empties’ policy being instituted by beermaker Red Stripe and which has left a number of businesses out of stock and struggling to...

The COVID-19 pandemic and four consecutive weeks of three-day lockdowns it spawned are being blamed for the ‘full-for-empties’ policy being instituted by beermaker Red Stripe and which has left a number of businesses out of stock and struggling to understand the rationale.

In a press statement issued on Tuesday, Red Stripe explained why the ‘full-for-empties’ initiative was absolutely necessary.

“Red Stripe can confirm that we have implemented a ‘full-for-empties’ policy due to the negative impact that COVID-19 is having in our supply chain, which was recently aggravated by the restrictions during the no-movement days,” Red Stripe said.

The products affected include Red Stripe, Heineken, Guinness, and Dragon, as well as the range of Red Stripe flavoured light beers.

Red Stripe said that under the policy, which was instituted on September 11, all customers in the following trade channels will be only be sold quantities of products equivalent to the quantity of bottles returned: community bars, quick-service restaurants, supermarket independents, grocery shops, mini-marts, wholesales, distributors, and on its premises at 214 Spanish Town Road.

While this was communicated to some of the larger businesses in writing, most community bars were caught unaware and only learnt of the measure when they turned up to do business as usual.

None of the business operators The Gleaner spoke to in Congreive Plaza, Portmore, were convinced that the beer company had any clues as to the dislocation it had caused to their businesses.

Over at Granite Wholesale, which is usually abuzz with activity as customers wait their turn to be served, crates of empty bottles were lined up along the length of the counter as workers chatted with each other.

One employee told The Gleaner that business had literally come to a crawl, as they have been awaiting supplies for almost two weeks. Customers who turn up leave without buying other liquor or cigarettes which are usually sold alongside these drinks.

Over at Ken’s Wildflower where a shift change was in progress, proprietor Lester ‘Ken’ Crooks was lamenting the fact that despite contacting the Red Stripe delivery team, he was still left with 81 crates of empties and no timeline as to when he could anticipate delivery.

Meanwhile, manager/operator of Beer Grillz Bar and Restaurant, which advertises itself as ‘The Coolest Spot in Portmore for Food and Relaxation, Carlyle Anderson, explained that after placing an order a week ago, he anticipated delivery by last Thursday. When it didn’t happen, he was promised that the drinks would arrive no later than Saturday. He is still waiting and is out of Red Stripe beer.

Bartender Kerry said that Monday night, one of her regular customers, who is a Red Stripe-only drinker, quickly paid for the four beers he saw in the cooler and was having the last laugh at the failed attempts of others who came after and attempted to quench their thirst.

Odette Clarke, who operates K’s Chill Spot, soon realised that in addition to having to bring her empties, some wholesales had married the fast-selling Red Stripe, Heineken, Guinness, and Dragon with other liquor as well as cigarettes and lighters.

Meanwhile, Nikki, who operates outside of Congreive Plaza, is still trying to source some of these refreshing and fast-selling beverages, after going to at least three wholesales and being told that she had to come with the equivalent number of empties before she could get anything to buy.

Despite this, Red Stripe is insisting that, overall, “there is no shortage of beer in the market albeit there are some of our products missing on the shelves in some supermarkets (such as Red Stripe”.

In fact, with no-movement days reduced to Sundays only, it is anticipating that operations will gradually return to normal provided that customers return their empties which accumulated over the lockdown weekends.

“We urge our customers to return these much-needed bottles for cash and not wait until Christmas time to return them so we can increase production and get our well-loved products back in their hands,” the beermaker said.