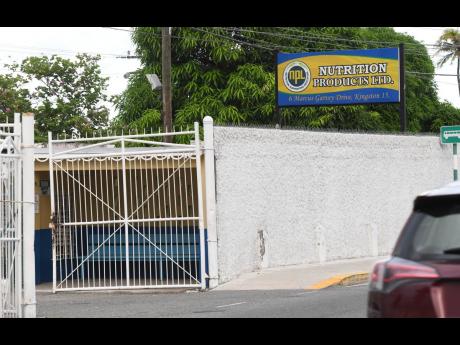 Auditor General Pamela Monroe Ellis has urged the Ministry of Education, Youth and Information to immediately call for full disclosure of all existing contractual and transactional arrangements with connected parties at Nutrition Products Limited (NPL) after it was revealed that a former chairman ignored fiduciary responsibility and duty of care.

In a performance audit of the NPL spanning 2015 to 2021, the auditor general reported that NPL paid $143 million to companies and individuals connected to board members and management staff to provide transportation, repairs and maintenance, sanitation, and other services.

Monroe Ellis said that a connected party was an individual or entity closely associated, whether directly or indirectly, to the NPL’s directors or anyone discharging managerial responsibilities.

It was reported that the NPL paid a distribution company $69.6 million, between November 2010 and January 2021, to provide transportation and haulage services.

“Our investigation revealed that the registered owner of three trucks used by the distribution company was an investment company of which the former board chairman is a director and shareholder,” the auditor general disclosed.

The chief guardian of the public purse argued that the risk of conflict of interest increased in a context where the former chairman was involved in the decision to centralise the distribution process.

Based on the auditor general’s assessment, the decision to centralise the distribution process turned out to be a costly option for NPL.

In another hair-raising development, the auditor general identified cases in which NPL ignored the procurement rules of fairness, transparency, accountability, and competition, and bypassed the procurement process altogether.

When auditors examined NPL’s payment files, they found that the procurement manager, in many instances, did not play an active role in the procurement of services for the repairs and maintenance to plant, machinery, and buildings.

“We found 70 instances, where service providers’ invoices, totalling $13.7 million, predated the requisitions and purchase orders, indicating that the work was executed prior to authorisation,” the report said.

The auditor general noted that the procurement manager’s involvement in the process was “limited to signing the purchase orders which were prepared after the services were already provided”. In these cases, NPL did not use the normal control procedure for requisitions to be authorised and submitted to the procurement unit to source the suppliers and raise the purchase order.

In this regard, Monroe Ellis contended that it was necessary for NPL to manage this risk by ensuring a greater level of due diligence, including strict adherence to the procurement guidelines, and demanding ethical requirements for full disclosure, to demonstrate openness, fairness, and transparency in the engagement process.

The auditor general said that she expected the board of directors collectively, as well as its members individually, to exercise a duty of care in keeping with its fiduciary responsibility by making decisions in the interest of NPL.

However, she said her audit found instances in which NPL breached the procurement law in the way in which it engaged service providers. Further, board members acted contrary to ethical standards and fiduciary responsibility by failing to disclose connected party relationships.

Another issue flagged by the auditor general was that the NPL relied on external service providers to carry out routine repairs and maintenance of its plant and machinery instead of utilizing its internal maintenance technicians.

“In one instance, NPL paid an individual $49 million, between 2017-18 and 2020-21, to undertake repairs and maintenance work, many of which should have been performed by its internal maintenance technicians based on their job descriptions,” the report said.

The auditor general found no evidence that NPL assessed the cost-effectiveness of using external service providers vis-a-vis its internal maintenance technicians to ensure it received value for money.

Monroe Ellis commissioned the audit of NPL against the background of the adverse findings from the findings of a 2012 audit coupled with recent concerns about NPL’s resource management.