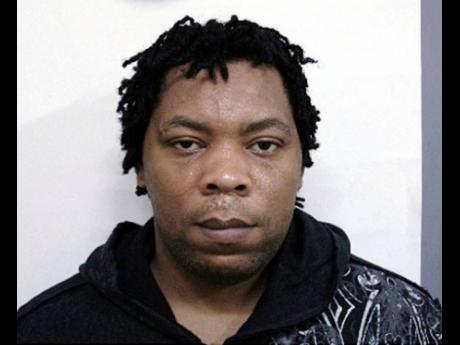 A self-confessed member of the One Don Gang shared details on Wednesday of how an alleged don aligned with the Tesha Miller faction of the Clansman Gang was gunned down on Chancery Street, St Andrew, in 2017.

The well-orchestrated execution-style killing, the witness testified, was ordered and planned by Andre ‘Blackman’ Bryan, the alleged leader of the One Don Gang, and was carried out by three of the alleged cronies, who he identified as Danny, Squeeze Eye, and Fancy Cat.

Chancery Street is generally called Price Rite, named after the now-rebranded supermarket on the road.

“Basically, they claim that the young man was part of the Miller faction of the gang and was running up a Thompson Town and they wanted him move,” he testified on Wednesday in the Home Circuit Court via video link.

One Don is a splinter of the feared St Catherine-based Clansman, which is reputedly headed by incarcerated accessory-to-murder convict Tesha Miller.

The August 2017 murder, however, was one of two killings described in detail by the witness during his enthralling evidence-in-chief on day one of his testimony before Chief Justice Bryan Sykes.

The second murder was of a man identified only as ‘Outlaw’, who was shot in November 2017.

Witness Two, so identified according to a court order, testified that he was not only Bryan’s personal driver, but was also the gang’s banker and had kept the gang’s money in his refrigerator at home.

He also testified that he had driven the gang on different murder missions in Thompson Pen, Jones Avenue, at the Spanish Town bus park, and in the town centre.

But the witness, in detailing the Price Rite murder, told the court that the victim was killed less than two weeks after three alleged members had failed in their first attempt to have him slain.

He told the court that Bryan and another alleged gang member he identified as Richie had planned the murder at his (the witness’) house and that Bryan had ordered Richie to first “run a programme” on the victim – meaning that he was to visit the victim’s workplace and to ensure he was there before the hit.

Before going for Doolie, he said he drove the men in a rented car to a community off Red Hills Road to collect two guns after circling Price Rite about three times as they waited for the victim.

However, he testified that when they were given the green light, they arrived too late as the target had already boarded a taxi. They trailed him to the Half-Way Tree Transport Centre, where he disappeared.

The witness said that on another day, they were instructed by Bryan to return to kill the man. Two other alleged members of the gang who he identified as ‘Frazzle’, now deceased, and ‘Sussman’ accompanied him to collect the guns nearby before heading to Price Rite.

As he and Frazzle waited in a parked car, the witness said they heard gunfire and drove on to the road, where they saw Sussman running towards the car holding a firearm.

Back at a house, the witness said that he recalled Bryan saying, “Frazzle, a long time yuh nuh kill sum’n.” Frazzle allegedly laughed.

The prosecution is alleging that the One Don Gang carried out a range of murders, conspiracies to murder, extortion, and arson throughout St Catherine between January 1, 2015, and June 30, 2019.

Witness Two will continue his evidence today when the trial resumes.