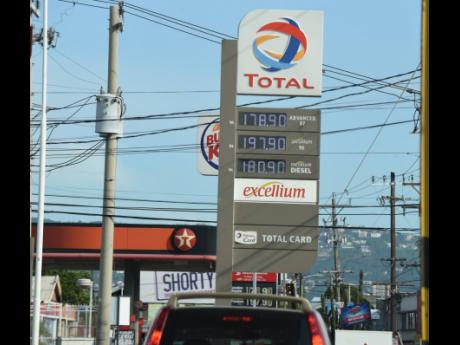 Ian Allen/Photographer
The price board at the Worldtron Total service station in Cross Roads, St Andrew, on the morning of Tuesday, September 14. 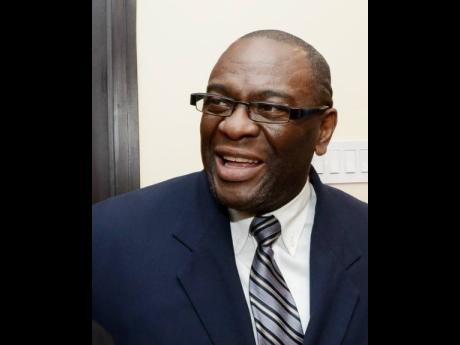 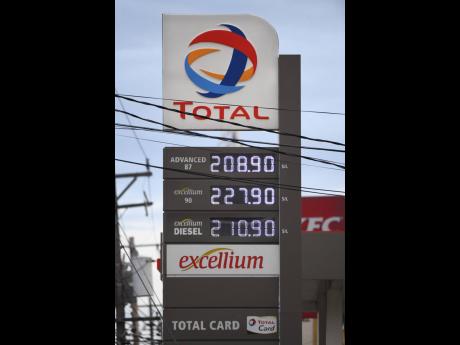 One gas station operator is sending consumers deeper into their pockets during peak hours each day, hiking the prices of gasolene and automotive diesel by as much as 16 per cent. The Half-Way Tree Road-based Total service station, owned and...

One gas station operator is sending consumers deeper into their pockets during peak hours each day, hiking the prices of gasolene and automotive diesel by as much as 16 per cent.

No-movement days were being used by the Government to curtail the spread of COVID-19 amid a deadly third wave. Only essential and authorised workers were permitted to move on those days.

Petrojam, the country’s only petroleum refinery, releases its product pricing on Wednesdays. They are expected to take effect on Thursdays, with marketing companies and retailers adding their respective mark-ups.

It is expected that prices remain constant until new ex-refinery costs are released the following week.

When contacted by The Gleaner on Tuesday, September 14, Moore argued that he was at liberty to change prices as he sees fit.

“I can change prices. I have a discount process, and at the end of the day, I operate on the same basis seven days a week. It has nothing to do with movement days or no-movement days,” he said in a follow-up conversation on September 15.

Former JGRA President Lynden ‘Trevor’ Heaven said that it is difficult for anyone to determine the prices for gasolene at individual locations, noting that they are discretionary.

“I consider it to be normal. You advertise the prices and the customer has the decision to make whether you are going to purchase the fuel there or otherwise. It’s normal for retailers to set their prices as they see fit,” he said.

The Future Energy Source Company Limited (FESCO) owner explained that a fee is charged based on the distance of the retailer from a supplier in terms of delivery.

“They (suppliers) distribute to the marketers. The marketer then bills the retailer, inclusive of transportation to the location, and the retailer is at liberty to mark up whatever it is that they choose,” said the FESCO boss, who added that a change in price throughout the day could be a strategy.

However, JGRA head Parram said that there was no reasonable explanation for the price jump, except to say it went against convention.

But despite this conclusion, she said that nothing could effectively be done about it, given that retailers operate in a free market where the laws of supply and demand provide the sole basis for the petroleum sector.

She said that the association would investigate the matter and issue a disciplinary notice, if warranted.

Parram also told The Gleaner that on Friday, September 10, a disciplinary notice was sent to Moore, after the Office of Disaster Preparedness and Emergency Management alleged that the gas station was being operated beyond the hours stipulated for no-movement days.

Samuels, too, said that nothing could be done about the practice, as retailers operate in a free market. He said that consumers could show their disapproval by purchasing petrol elsewhere.