How a little Clarendon girl rode into army history 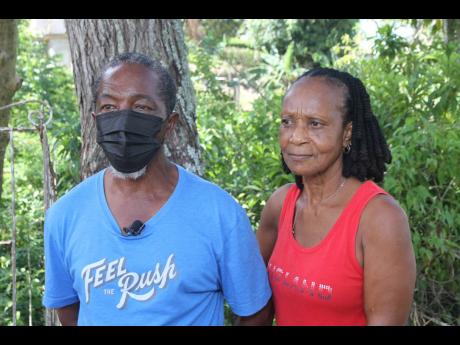 Nathaniel Stewart/Photographer
Herbert Freckleton, cousin of Antonette Wemyss-Gorman, talks about the army woman’s early beginnings in Top Alston, Clarendon. Beside him is his wife Sharon. 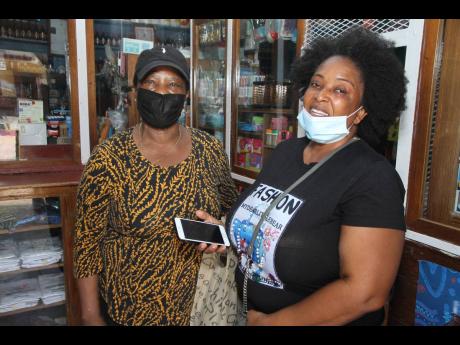 Nathaniel Stewart/Photographer
Dorothy Malcolm, who operates the Alston Square, Clarendon, shop once owned by the grandfather of Commodore Antonette Wemyss-Gorman, celebrates the selection of the army chief-in-waiting with Stephanie Lovelace. Malcolm said that the then little Ann Kong was always an intelligent girl with big dreams. 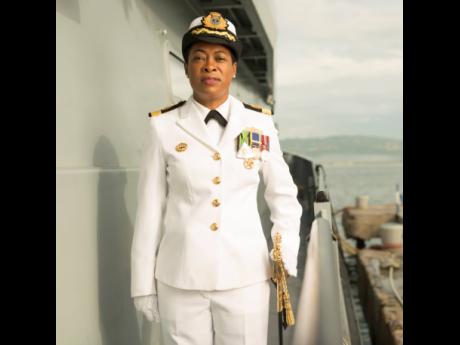 Gladstone Taylor/Multimedia Photo Editor
Commodore Antonette Wemyss-Gorman is set to take the reins of the Jamaica Defence Force in January 2022.
1
2
3

Michael Powell vividly remembers how Ann Kong’s little legs would pump away at the pedals as she rode her bicycle along Clarendon’s rural terrain from Alston to Spaldings. It was that tomboyish zest that endeared Ann Kong – better known to...

Michael Powell vividly remembers how Ann Kong’s little legs would pump away at the pedals as she rode her bicycle along Clarendon’s rural terrain from Alston to Spaldings.

It was that tomboyish zest that endeared Ann Kong – better known to outsiders as Antonette Wemyss-Gorman – to teenage friends and community folk, and which has been credited to propelling her to the cusp of leadership of the Jamaica Defence Force (JDF), the most enduring local symbol of machismo and patriarchy.

Powell, who was Wemyss-Gorman’s batchmate in 1983 when they entered high school together, said she stood out at Knox College from the beginning. She was a ball of energy and intelligence, he said.

“She loves the outdoors and country life. She often does road trips. I remember she and I took one of those drives through her community, my community, and just relived some of the stories,” he told The Gleaner on Saturday.

However, he never thought she would have ended up in the army.

Wemyss-Gorman, a 48-year-old commodore, rose through the ranks of the Coast Guard and was appointed on September 22 by the Defence Board as successor to the retiring incumbent, Lieutenant General Rocky Meade. Her appointment as Jamaica’s first woman army chief takes effect in January 2022.

Her steady rise over a 29-year career is the culmination of a movement, dating back to 1976, for women to join the JDF and comes at a juncture where the army has been expected to play an increasing role in civilian national security.

Relatives of Wemyss-Gorman say she has long been a standout who was primed for seizing her new role with both hands.

Her cousin, Herbert Freckleton, who lives in Top Alston, said he knew from day one that she was a born leader.

Describing her as “small in stature”, Freckleton said that Wemyss-Gorman compensated for her height with “a bag of brain”.

When the commodore first informed him that she was enlisting in the army almost three decades ago, Freckleton said he was surprised, as he questioned whether she would have been the right fit.

But he said it didn’t take him long to realise that the army wasn’t fixated only on body structure, but placed a premium on intelligence.

Weymss Gorman studied at Britannia Royal Naval College in the United Kingdom and the United States Naval War College. She also has a master’s with distinction in national security and strategic studies from The University of the West Indies.

But it’s her grass-roots aura and down-to-earth charm that makes her special, said Freckleton.

“One of the main things is that she has never, ever forgotten her roots. She always tells people where she is from. She keeps in touch with her community, she knows everybody in her community,” Freckleton told The Gleaner.

Reliving the moment when he learnt she was to be named incoming chief of defence staff, Freckleton said he could not control his excitement.

He said that he immediately went throughout the community spreading the good news that Ann – their Ann – would take charge of the army.

“The whole community sent congratulations. Everybody is so proud of her. She considers herself a child of the community,” he said, adding that Wemyss-Gorman told him to pass on her gratitude to everyone who played a role in her upbringing.

Dorothy Malcolm, who was married to Wemyss-Gorman’s grandfather and who now runs the shop he used to operate, remembers the modest business place as a spot where Ann hung out after leaving school.

Malcolm, who is better known as ‘Glenna’, could not contain her pride and excitement.

“I know that she would make it from the descendants of her grandmother and her mother. Her mother, Yvette Freckleton, was a very bright student at Knox; at least she adopts everything from her mom,” Malcolm said.

Going down memory lane, Malcolm recalled little Antonette stopping after school for a chit-chat before heading upstairs to look for her granddad.

Stephanie Lovelace, who lives in Bottom Alston, said she will never forget watching Ann and her brother riding their bicycles to school at Knox College.

She, too, could hardly restrain herself as she basked in the joy of personally knowing the army chief-in-waiting.

“I’m very excited for her, to know somebody personally, imagine, a chief, female chief of the JDF. As for me, I look up to the army because it is very disciplined,” Lovelace gushed.