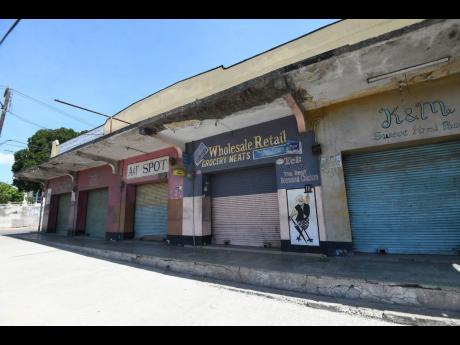 Ricardo Makyn/Chief Photo Editor
A number of businesses have been shuttered along Windward Road in the crime-plagued Rockfort community in east Kingston. Residents want to see the community incorporated into plans to redevelop downtown Kingston. 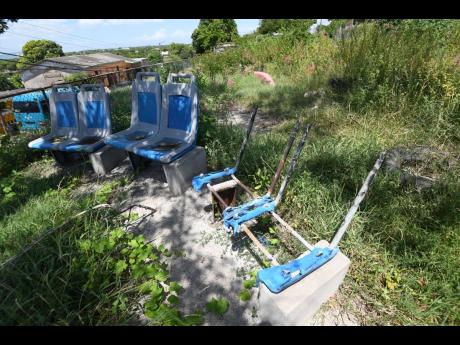 Ricardo Makyn/Chief Photo Editor
A neglected park at the intersection of Commission and Barnes roads in Rockfort, Kingston. 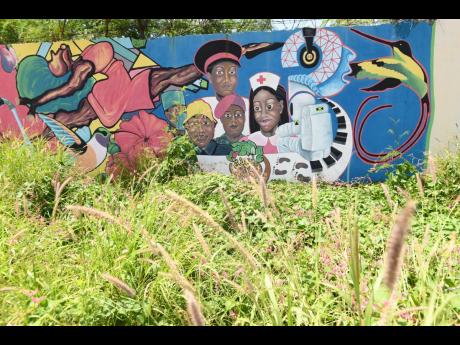 Ricardo Makyn/Chief Photo Editor
A mural in a neglected section of Rockfort overgrown with shrubs in east Kingston.
1
2
3

Urban decay, unemployment and underdevelopment have characterised Rockfort in Kingston for a number of years. Despite the recent push to revitalise the waterfront with the construction of a boardwalk near the Rae Town Fishing Village, several residents in the eastern Kingston community feel left out of plans for the overall redevelopment of the country’s derelict capital.

“I can basically say that in Rockfort, we feel left out especially where the restoration of Kingston is concerned,” resident Howard Martin told The Gleaner.

Martin wants more support to be given to political representatives and community organisations so they can work with residents to uplift the area, adding that groups such as the Rockfort Development Council have been “overlooked” by state agencies.

Edwin Neufville, however, expressed frustration with the lack of leadership within the community and did not see the political representatives in a favourable light.

“[Politicians] mess up the place. The younger youth don’t want to hear [Member of Parliament Phillip] Paulwell. Rockfort is completely dead. And him know to, that is why he doesn’t really care … . The whole Rockfort don’t even have a sensible football field,” he lamented.

The violence which haunts the Rockfort and surrounding communities also adds to the residents’ frustration.

“The violence in Rockfort and the whole east is a problem so whatever development comes, the violence is going to always play a big role until you can get rid of the violence and the mindset that produce it,” noted Steve X, who said that a “gangsterism culture” had taken root among the youth, spawning an endless cycle of criminality.

He said that a greater effort should be made to improve training and educational opportunities to change their mindset.

“It is not about buildings. We nuh business about buildings because building come and building go, but the people dem a go always deh yah. So, more investment needs to take place within the people,” he told The Gleaner.

Murals shrouded by weeds seen on walls adjacent to Windward Road helped to paint the picture of neglect.

Eighty-eight-year-old Daisy Dixon said that she was yearning for a clearly articulated long-term plan to improve community’s aesthetics, pointing to the run-down state of one of the parks between Commission and Barnes roads, which was overgrown with weeds as dilapidated, sun-bleached benches lined its perimeter.

“I don’t really hear any plans for the community. The community need to fix up. I don’t even know weh the minister and councillor a do. We don’t hear nothing,” Dixon sighed.

Asked about the state of the community, Norman Gardens Division Councillor Jacqueline Lewis explained that she would normally have the parks in her division cleaned every three months. However, recent heavy rains have encouraged an explosion in the growth of weeds and shrubs, she said, adding that she has had to personally finance the maintenance of the playgrounds in her division.

“I don’t get any funding. Absolutely zero dollars. It is the little that I have that I am using to do this … ,” she told The Gleaner.

“I have several other parks that if you go there – there is one on Hillside Crescent – that I clean quite often. Right now, the swings and the slides are gone, so I keep replacing them from my own pocket,” Lewis added, pointing out that theft and illegal dumping of garbage in open spaces are also challenges.

“We try our best, but … if you look at the side of the park, I have to ask [the National Solid Waste Management Authority] to help me move the bulky waste that every week they throw there. The citizens also have to be held responsible for their community,” Lewis added.

She hopes that the Government will focus its efforts on improving sanitation, road infrastructure and providing employment opportunities for the youth along the improved waterfront, suggesting that more restaurants and shops could be established along the harbour.