Ethiopian dream a nightmare for some J’can emigrants 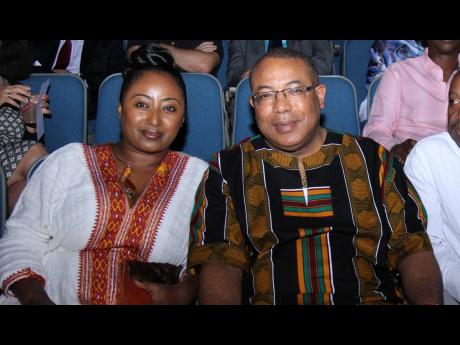 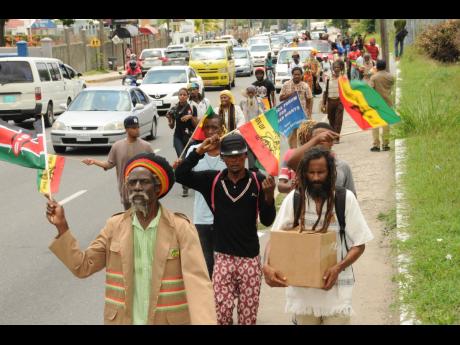 A number of Jamaicans who have emigrated to Ethiopia decades ago, heralding what they call a return to the motherland continent, are living a nightmare in the East African country, which many Rastafarians still wish to one day call home. The...

A number of Jamaicans who have emigrated to Ethiopia decades ago, heralding what they call a return to the motherland continent, are living a nightmare in the East African country, which many Rastafarians still wish to one day call home.

The immigrants, some of whom are descendants of millions who were forcibly removed from the African continent in the centuries-long slave trade, believed that landing in Ethiopia would have not only restored their stolen identities, but would have seen them being welcomed with open arms.

However, the country’s strict citizenship requirement makes it almost impossible for immigrants to become Ethiopian citizens and dual citizenship is not allowed. Immigrants who fail to marry an Ethiopian female retain the citizenship of their countries of origin, and children born in such unions are not considered Ethiopians.

The nightmare is especially painful for Rastafarians, who believe that Ethiopia is the godhead and its former ruler Emperor Haile Selassie I as God because Marcus Garvey’s prophecy – “Look to Africa where a black king shall be crowned, he shall be the Redeemer” – was swiftly followed by the ascension of Haile Selassie as emperor of Ethiopia.

The result is that many Jamaicans have been disillusioned in their efforts and some have returned home disappointed, while others have remained.

Sharon Hay-Webster told The Sunday Gleaner that many Jamaican Rastafarians have made significant development on the Shashamane lands south of Addis Ababa, the country’s capital.

“The promise of repatriation is not tangible and is a great disappointment for many. It was a struggle to even find work, they told me. Yet, there are so many who have made a difference in Shashamane. Those Jamaicans and West Indians, in general, who have gone there went on the premise that it was room to occupy and live as Africans,” said Hay-Webster, a former local parliamentarian, who said issues in the African country were first raised with her in 2004 and again in 2006.

At the time, Hay-Webster said the immigrants told of their struggles to build their own schools and hotels to foster tourism and entertainment.

Shashamane is described as the black version of Amish country, where everything is natural and the community devoid of outside influence. The occupation of the settlers was made possible by a 1948 land grant by Selassie that accommodated Caribbean peoples of African descent who wanted to settle there. Shashamane lands were offered for free, and there, it’s all – or most things – Jamaican.

Following the fall of Selassie, and subsequent political instability, some of the lands were taken from the settlers.

“When we visited Shashamane (2004), we did it as a Caribbean delegation from the African, Caribbean and Pacific (ACP) States, headed by Louis Straker then deputy prime minister of St Vincent and the Grenadines, who has Jamaican roots,” Hay-Webster recalled.

“They officially welcomed us at the Twelve Tribes Tabernacle with drumming and festivities. We had to do a round of the table, which is a ritual requiring a dance around the table,” she told The Sunday Gleaner.

Hay-Webster said she raised the issues during her tenure as co-president of the Joint Parliamentary Assembly of the EU-ACP Council.

Water catchment systems and housing designs were signatures of the resettlement efforts.

“The point here is that Ethiopia’s constitution prohibits dual citizenship and restricts citizenship to persons born in Ethiopia either to (a) both Ethiopian parents, or (b) to an Ethiopian mother. This law is strictly applied,” she replied in response to queries.

“In the case of Jamaican/Caribbean nationals migrating to Ethiopia since the early 1960s or later, the constitution of Ethiopia does not allow for the application of Ethiopian citizenship, however long they remain in Ethiopia,” she stated.

Commenting on the status of children of Jamaicans – or any other foreign nationals – born in Ethiopia, she said they would retain the citizenship of their country of origin, pointing out that although not granted Ethiopian citizenship, the were not stateless.

“My understanding is that these children, born in Ethiopia to Jamaican parents, are entitled to Jamaican citizenship and, therefore, cannot properly be classified as stateless persons. This is true even if there are several generations born in Ethiopia. As mentioned previously, should the child be born of an Ethiopian mother, he/she is entitled to apply for Ethiopian citizenship,” she said.

Hylton said that efforts made to have all Jamaicans settling in Ethiopia acquire citizenship in that country have not borne fruit.

“Spanning several Jamaican administrations, representation has been made to allow for persons/children so affected to be able to apply for Ethiopian citizenship. This would have required a change in Ethiopia’s constitution, which is an extremely difficult task in the best of circumstances,” she told The Sunday Gleaner.

However, she continued: “The lobbying of the Ethiopian government by successive Jamaican administrations has resulted in the change of Ethiopia’s immigration law in 2017 to allow for residency by persons so affected. This has brought about significant improvement in the status of children/adults so affected, as the benefits of citizenship are available to these persons, with the exception of being able to vote and to join the military.”

The 2017 change, she said, has made immigration easier “and was a facility granted only to Caribbean nationals and Jamaicans in particular because of the mutual respect that Ethiopia has for the region, especially Jamaica”.

Jamaicans have made their mark in some of the service industries in the country, bringing culinary, food and other cultural influences to Ethiopia. Many also speak the tribal languages as citizens likewise embrace the Jamaican Patois.

For Prince Christopher Morant, a priest and member of the 10 Miles, Bull Bay Bobo Shantis, the obstacles being faced are vestiges of the colonial stranglehold which still remain.

“Repatriation cannot be stopped and we give thanks for it. It will happen, but all that is happening now are parts of the effort stop what the prophet Marcus Garvey; Emperor Haile Selassie I, King of Kings; and Melchizedek (A Priest Forever) the Honourable King Emmanuel said,” he told The Sunday Gleaner.

The group’s abode lies on Marcus Garvey Way, 10 miles east of the city of Kingston on the northeastern side of Warieka Hills as was prophesised by Garvey, he said.

“Repatriation has not come as yet. That is migration. Repatriation is a worldwide setting where black people would repatriate to Africa, white men would repatriate from Africa to Europe, the Chinese to China, and India for the Indians, [with] small islands – as in Jamaica and the Caribbean – for the Incas, Aztecs and Mayas. The land grant in Shashamane was a gesture to show that there is land for black people and they must return to their lands, because they were forcible taken,” he explained.

Selassie, he said, was returning to Africans what was rightfully theirs.

Lewis Brown is the spokesperson for the Coral Gardens Rastafarians, a group which has suffered severely at the hands of the Jamaican security personnel in 1961, atrocities for which the Government has apologised and offered financial compensation.

“I wasn’t aware of the issues of citizenship facing the people,” he told The Sunday Gleaner on Friday, admitting surprise. “That is something that we will have to raise with the culture minister (Olivia Grange) when next we meet.”

Brown said that it was clear that government-to-government lobbying must continue.