‘I am left for dead’ 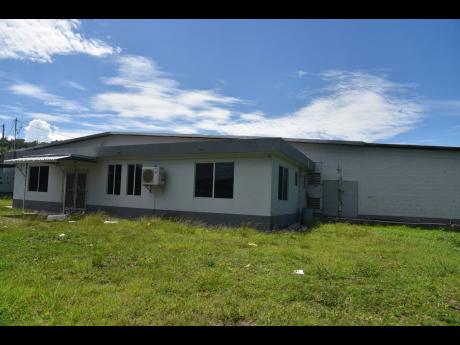 Photo by Mark Titus
The Trelawny warehouse Gordon Baldie rented from the Factories Corporation of Jamaica. 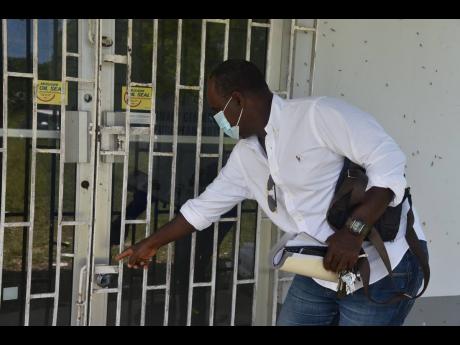 Photo by Mark Titus
Businessman Gordon Baldie shows the new locks which were placed on the Trelawny warehouse he rented from the Factories Corporation of Jamaica last Tuesday. He admitted to being in arrears with payments for rent. 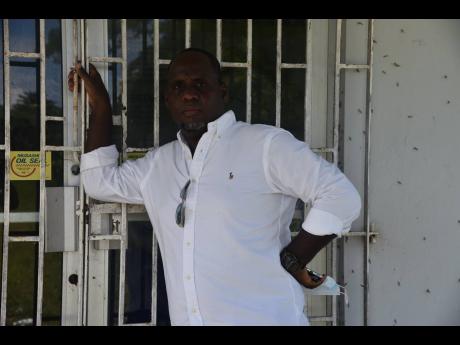 Photo by Mark Titus
Businessman Gordon Baldie, who has been evicted from a Trelawny warehouse he rented from the Factories Corporation of Jamaica, is appealing for the intervention of the prime minister.
1
2
3

A businessman facing millions of dollars in losses after being evicted from a warehouse had leased from the state-owned Factories Corporation of Jamaica (FCJ) after falling behind in payments is calling for the intervention of Prime Minister Andrew...

A businessman facing millions of dollars in losses after being evicted from a warehouse had leased from the state-owned Factories Corporation of Jamaica (FCJ) after falling behind in payments is calling for the intervention of Prime Minister Andrew Holness to rescue his business.

According to Gordon Baldie, he arrived at the Hague, Trelawny-based warehouse last Tuesday to find the locks had been changed and goods valued at $27 million missing.

When he made contact with the landlord, he was reportedly told that his goods were being held at another location.

The Sunday Gleaner understands that Baldie is $9.77 million in arrears.

When asked about the figure, he said that if that was the total, the FCJ could subtract the more than $2 million he had paid as three months’ security deposit, leaving him with a bill of just over $6 million, which he remained convinced that he can clear as he will experience handsome returns when the economic climate improves.

“I am pleading to the prime minister because I am left for dead today. I am a young man with a young family,” Baldie appealed as he spoke with The Sunday Gleaner on Friday.

“Honourable Prime Minister, I hope you hear my plea. I am a young businessman between Montego Bay and Trelawny and I want to make good on my commitment, complete the deal, recover my monies that I have spent in this facility that I can raise my family, do business and to live ... . I am begging, please.

Baldie won the pitch award at the Jamaica Stock Exchange in 2018, two years after he acquired the facility under a five-year lease at a monthly rate of $810,000.

He told The Sunday Gleaner that he invested approximately $24 million to retrofit the facility to remanufacture auto parts for sale, but said while there were several local expressions of interest, he had not yet secured any major local clients or business partners.

According to Baldie, he had secure a few international clients, but owing to the COVID-19 pandemic, those plans have fallen through.

“This building was abandoned prior to 2016 for 14 years. It was a mere shell,” he claimed, adding that he also spent nearly $750,000 to clean up the area. “I am now broke. How do I recover those monies because my money is tied up in repairs and purchasing goods and now my goods are seized? Where do I go from here?”

Baldie said that he received a call from FCJ last Wednesday, informing him that the facility is being leased to a multibillion-dollar Jamaican distribution company.

His attorney was also reportedly advised by Campbell, the FCJ client services manager, that the Wisynco Group was to acquire the warehouse and that its chairman, William Mahfood, had already toured the property.

The Sunday Gleaner was unable to reach Mahfood, who is reportedly off the island.

“I can’t compete with a big company like that; I certainly can’t,” he lamented. “I am a young businessman and no one was interested in this place prior to me taking it over, but now that I have spent my money, it is eye candy for everybody … How do I recover from this?”

A source at the FCJ told The Sunday Gleaner that Baldie had benefited from waivers and other incentives during the build-out phase and that several attempts to meet with him had failed, adding that the lease has now expired.

Baldie is confident that if he is given a lifeline, Jamaica will be saving billions on replacement parts in years to come.

Remanufactured parts are generally 40 to 50 per cent cheaper and can be beneficial to operations with large fleets such as the police force, the military and large companies, he said.

“I had clients who purchased from me every week, but COVID was the nail in the coffin,” Baldie added.

He is asking for a moratorium on the monies owed so that he can get pull his business out of debt.

“I have invested my life in this, Mr Prime Minister. If you kill my dream, I might as well die.”