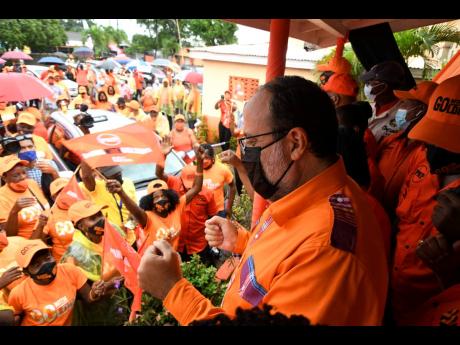 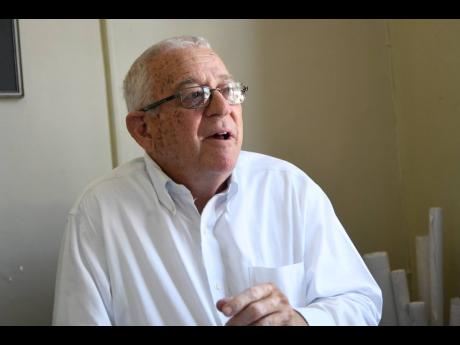 The People’s National Party (PNP) is entering the week of its 83rd annual conference fresh from a battering in opinion polls, public bickering and its application of the strongest disciplinary measure in recent years with the expulsion of former...

The People’s National Party (PNP) is entering the week of its 83rd annual conference fresh from a battering in opinion polls, public bickering and its application of the strongest disciplinary measure in recent years with the expulsion of former party activist Karen Cross.

But in what could be the most significant move within the political movement in the last 25 years, Mark Golding’s proposal to make all paid-up members of the party eligible to select any future leader is to be contemplated at the annual conference, the party’s highest decision-making body.

If accepted, party officials say Golding would not only be changing the internal electoral modus operandi of the opposition PNP, but will also place the ruling Jamaica Labour Party (JLP) in the uncomfortable position of not opposing a similar proposal if brought forward within its ranks.

“His position is fundamentally in line with whatever residue of populism or socialism that the PNP espouses. The choice of delegates is so skewed, the capacity for veniality so inbred, that not that paid-up-membership would completely obviate that, but certainly is a much broader and authentic way of choosing leadership. So I strongly support that,” attorney-at-law and retired politician Reverend Ronald Thwaites told The Sunday Gleaner.

Thwaites noted that the JLP could be forced to adopt such a change as well.

“For the benefit of the country, they would have to change and their failure to do would show their state of mind and their tendency to autocracy in the most irrefutable way,” said the former Kingston Central member of parliament.

Golding, he believes, is on the right political path.

“There are those who will say that you have to bribe more than the delegate, you better have a deeper pocket, because every paid-up member is going to want a payment, but I do not accept that. Obviously, there will be favours to be received, but the ideal is a good one, the correct one, and knowing how dormant most of the groups are, from which the delegates are sprung, broadening the voting base is certainly the way to go,” added the former education minister.

The constitutions of the island’s two major political parties empower delegates to choose their leaders, but the process has long been suspected of to be tainted by bribes in top- and second-tier elections.

In one instance, a former police commissioner was asked to investigate allegations of bribery in a second-tier leadership race.

Golding’s proposal is currently before the PNP’s Structures Review Committee and its conference is expected to hear initial discussions. However, it must run the full gamut of internal party processes and be ratified by annual conference before being adopted.

More than 3,300 delegates were eligible to vote in party’s last presidential election, a shade under a year ago when Lisa Hanna faced Golding. A turnout of 3,184 electors delivered that verdict.

“It would be a very good thing for democracy in the party, a good thing to alleviate some of the more irregular practices that everyone knows happen with delegates,” Mitchell, a former president of the Private Sector Organisation of Jamaica, noted on Friday.

“But I am sceptical about its success because I am not naive to the fact that this country is built on corruption, thrives on corruption and there is a complicit contract between various elements in the society that keeps it that way,” he added.

“Since Michael Manley, the PNP and JLP have become almost Tweedledee and Tweedledum,” Mitchell told The Sunday Gleaner, referring to the fictional characters in an English nursery rhyme and few Lewis Caroll novels.

“The only way the deadlock of apathy and non-involvement is going to be broken is if the PNP identifies itself differently. It will be a big sacrifice because they will be in the wilderness for a while, but they cannot compete with the Labour Party and the slick public relations if they are simply a copy of the party,” he said, noting that one party has to differentiate itself ideologically, structurally and physiologically as the space is too small to occupy both.

“The Labour Party cannot make the change as easy as the PNP because the Labour Party is built on cronyism and patron-client relationship, much more so than the PNP,” Mitchell noted.

PNP General Secretary Dr Dayton Campbell said the proposal has found favour among the party leadership and will be discussed until a decision is reached.

Its theme of ‘PNP Strong’ will highlight the virtual conference to be held over two days next weekend with Golding as its keynote speaker.