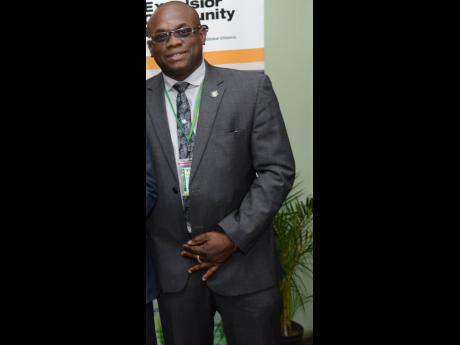 Philmore McCarthy, treasurer of the Joint Committee for Tertiary Education (JCTE) for more than four years, declared on Wednesday that he is willing to open the books of the advisory board for an investigation into the transfer of $124 million from...

Philmore McCarthy, treasurer of the Joint Committee for Tertiary Education (JCTE) for more than four years, declared on Wednesday that he is willing to open the books of the advisory board for an investigation into the transfer of $124 million from the education ministry.

This comes as Auditor General Pamela Monroe Ellis has asked Education Minister Fayval Williams to call in the police or an anti-corruption body to probe what the JCTE did with the funds paid over to it within a 32-month period.

The new developments have exacerbated the agony of the Holness administration which has seen the education ministry embroiled in spiralling scandals that have haemorrhaged its leadership in less than three years and caused political embarrassment.

Asked if he would cooperate with investigators, McCarthy, who is also the principal of Excelsior Community College, said, “Definitely. That’s the decision. In fact, as far as I am aware, during my tenure, there’s an audited statement which was tabled at the Companies Office as an annual report.”

He stressed that the JCTE had its audited financial statements.

“So, I wouldn’t have a challenge. And they exist. They can be accessed at the Companies Office.”

However, when pressed on his relationship with the privately declared JCTE Limited, which Cecil Cornwall, its chairman, said he had established in February 2019, McCarthy maintained that he was only associated with the advisory committee.

At a meeting at the office of the auditor general on January 6, 2020, with Cornwall and acting permanent secretary in the education ministry, Dr Grace McLean, the JCTE chairman told Monroe Ellis that he had formed a private company called JCTE Limited.

He argued that his company, JCTE Limited, replaced the Government’s special advisory committee (JCTE), and, on that basis, he had no legal responsibility to provide the requested information to the auditor general.

However, a search of the registration records on the Companies Office of Jamaica’s website showed that the incorporation date for the Joint Committee for Tertiary Education Limited, separate and apart from JCTE, the advisory board, was February 22, 2019.

Cornwall and McCarthy are the only two directors listed on the incorporation documents.

The Gleaner continued its probe as it sought clarity on the issue.

Again, The Gleaner pressed: “Whose idea was it to form the company, given that it is said to be a private company, as stated by Cornwall?”

Quizzed about the use of the TRN designated for JCTE, the government advisory committee, to facilitate sums paid over to the JCTE Limited, McCarthy said he was not aware of that.

When the JCTE treasurer was pressed on the issue, he later said: “I’d have to investigate and advise accordingly. I don’t have that information.”

In her probe, Monroe Ellis found that, between February 2019 and June 2020, the education ministry, under the leadership of McLean, transferred sums totalling approximately $75.9 million to JCTE using its TRN.

The auditor general reasoned that, based on Cornwall’s arguments, his private company would have obtained government funds under false pretence.

Further, despite being informed in January 2020 by the chairman that JCTE had become a private entity, McLean allowed transfers by the ministry to the entity amounting to $11.2 million between April and June 2020.