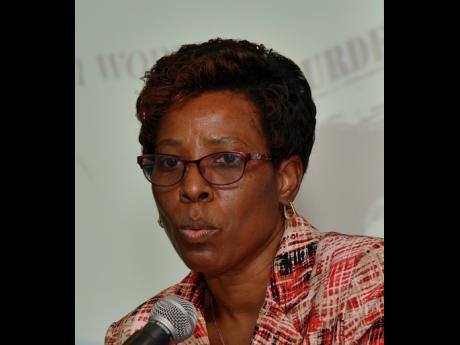 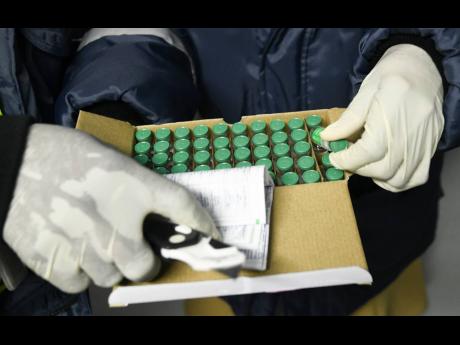 Uncertainty about how the COVID-19 vaccines affect fertility is among the main reasons nearly a third of the island’s registered nurses were not inoculated against the deadly respiratory disease up to August despite health officials noting that the jabs do not have any components that would affect reproduction.

A survey conducted by the Nurses Association of Jamaica (NAJ) between July and August this year revealed that 58 per cent of its members reported that they were fully vaccinated. Another nine per cent had received their first dose.

NAJ President Patsy Edwards-Henry believes those numbers have gone up in the months since the survey was conducted.

Nearly 2,700 of the almost 4,000 registered nurses in the public and private healthcare sectors are members of the NAJ, including some who have migrated or otherwise “fell off the system”.

Eighty-nine per cent of the 300 doctors who responded to a similar survey conducted by the Medical Association of Jamaica (MAJ), also in August, reported that they were fully vaccinated. Another six per cent were partially vaccinated.

Some 2.6 per cent of the doctors who responded said they did not plan to take the jab, the MAJ survey revealed.

The Jamaica Medical Doctors Association has not conducted any survey to determine how many of its members are partially or fully vaccinated, said President Mindi Fitz-Henley.

The figures come amid an evolving debate on whether Jamaica should follow in the footsteps of countries such as the United States, the United Kingdom, France, Australia and Greece that have made vaccination mandatory for care workers.

Noting that a significant number of registered nurses are within the childbearing age, Edwards-Henry said a large chunk had “real concerns” about their fertility.

These concerns, she said, were based on the absence of studies in the early stages that indicated how the vaccine would affect the fertility of individuals.

“Remember, we are evidence-based, so persons were sort of waiting on the research that was being done that speaks to the vaccine and fertility,” said Edwards-Henry, explaining the hesitancy of some nurses to take the jab.

“That was one of the major challenges.”

Just over 12 per cent of Jamaica’s 2.8 million population has been fully vaccinated against the virus, according to the health ministry, well below the pace required to achieve the target of 65 per cent immunity by next March.

Unfounded claims that the COVID vaccines could compromise fertility are among the conspiracy theories spawned by the pandemic.

That reticence within the ranks of a key cohort of the healthcare community could spark alarm because those misgivings are also held by members of the society who do not have specialist training.

“Me nah tek it. Mi fraid and me hear say if yuh tek it, you cah get pregnant,” a sex worker told this newspaper on August 26, adding that her boyfriend, who is based overseas, had sent her a video claiming that HIV was being spread through the vaccine.

The health ministry, seeking to douse those claims, declared on Thursday that the COVID-19 vaccines do not, “in any way”, affect fertility.

“This is based on the fact that persons have taken the vaccine and they are pregnant and having children,” Dr Melody Ennis, director of family health services in the Ministry of Health and Wellness, told The Sunday Gleaner.

“It is based on the fact that the Syncytin-1 protein, which has an effect on fertility, is not, in any way, affected by the vaccine. There is no protein sequence that is used in the vaccine that has anything at all to do with anything that controls fertility,” she added.

Edwards-Henry disclosed, too, that a significant number of nurses have comorbidities and said that cohort “goes across the spectrum of age”.

Health Minister Dr Christopher Tufton did not respond to a question sent to him on Thursday about whether the Government was contemplating a mandatory vaccination policy for healthcare workers.

Declaring that the NAJ is pro-choice, Edwards-Henry said the preference is for nurses to be given the right to choose whether they want to take the jab.

But she said nurses would want to be assured that a number of important considerations are taken into account should mandatory vaccination for healthcare workers become a reality.

“We would want to know that all the legal ramifications would have been looked at, all the rights of the workers would have been explored, and we want to ensure that none of our members would be disenfranchised as a result of a mandatory vaccination policy,” Edwards-Henry said.

James believes the third wave of COVID infections which pushed Jamaica’s under-resourced public healthcare system to the brink of collapse in late August convinced some doctors to get inoculated.

“In this particular wave, it became very clear that we have to reduce the vulnerability of the society because this wave showed us that the [public healthcare] system cannot cope,” he said.