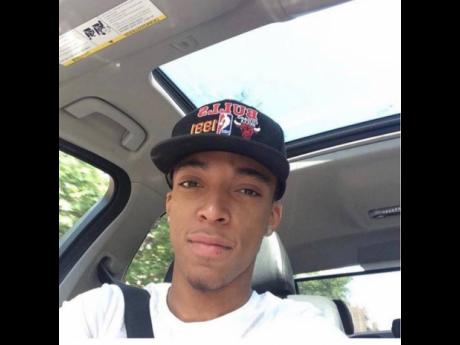 Contributed
Twenty-year-old Justin Hackley, who was shot dead on July 11, 2017, allegedly by one of the Boland brothers. 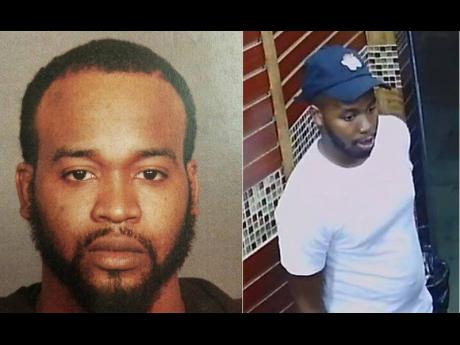 The New York Police Department (NYPD) is seeking the Jamaican public’s help to locate a murder suspect believed to have fled to the island with a US$15,000 reward being offered through its Crime Stoppers programme for his capture. The NYPD fugitive...

The New York Police Department (NYPD) is seeking the Jamaican public’s help to locate a murder suspect believed to have fled to the island with a US$15,000 reward being offered through its Crime Stoppers programme for his capture.

The NYPD fugitive apprehension team believes that the suspect, 31-year old Dean Boland, is hiding out somewhere in Jamaica after being sought for the 2017 murder of 20-year-old college student Justin Hackley.

Police reports are that on July 11, 2017, Jamaica-born Rasheed Boland and his brother, Dean, got into a verbal dispute with a 24-year-old friend of Hackley’s.

Hackley, who had gone to visit the friend, reportedly intervened when he saw what was happening as he arrived and was shot in the neck and chest. He was taken to Kings County Hospital in Brooklyn, New York, where he was pronounced dead.

One of the two suspects – 28-year-old Rasheed – was arrested in July 2019 in Lubbock, Texas, and was extradited to New York, where he is currently in prison awaiting trial.

Dean, 31, has not yet been apprehended.

Hackley’s mom, Marie Bernard, a Haitian migrant living in New York in the United States, told The Sunday Gleaner that she has found it hard to move on since the murder of her only child.

She recalled the fateful day she received a call, moments after Hackley was shot. By the time she rushed to the hospital, her son was already dead.

It was the beginning of her nightmares and sleepless nights.

“The pain that I live with on a daily basis is not something I wish on my worst enemy,” she shared.

“Having to face the reality that my son will never walk through that door is unbearable. There are days that I just stay in bed, not wanting to get up, because it continues to be real. My life is never going to be the same again. My king is no longer here, that voice, that daily text message is no longer there,” she said of her heartbreaking loss.

Hackley would have been a senior in September 2017 at Delaware State University, had he not been killed two months earlier.

Bernard described him as the life of the party, who was well loved by his peers.

He was the guy that would tell a joke and want you to laugh, she told The Sunday Gleaner, adding that her son was a giving person who was always quick to share.

Recalling their last interaction, Bernard said Hackley was lying in his bed and she went to kiss him goodbye as she left for work. She wished him good luck as he was going to court in New Jersey for a traffic ticket.

Given the investigation that was done by the police and the exposure of the case, Marie has a hunch that Dean may indeed be hiding in the island and is to Jamaicans for help to locate him.

“I’m asking ... Dean Boland to turn himself in. It has been four years too long. Someone out there knows him. I’m asking the community to help me bring closure to my son’s killing. Please let me or the police know the whereabouts of Dean Boland,” the social worker and real estate broker pleaded.

“We need to bring this four-year old murder case to a close and we can only do so with the arrest of Dean Boland,” said a NYPD spokesperson.

The investigation is being led by detectives out of the 70th Police Precinct in Brooklyn.