Ja has lost an icon in Powell, says Henzell 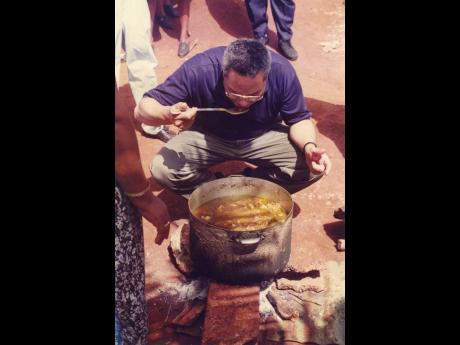 Gleaner Archives
General Colin Powell tasting a pot during his visit to Jamaica in June 1995. 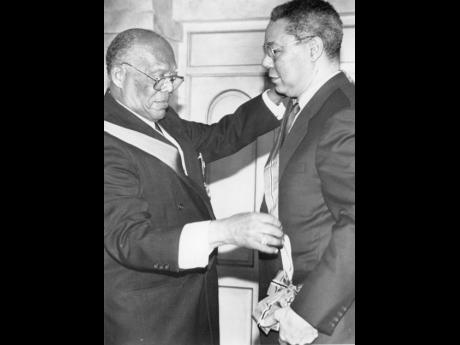 Gleaner Archives
1994: Governor General Sir Howard Cooke (left) performing the rites of investiture to General Colin Powell to join the company of persons whom the nation has conferred the Order of Jamaica during a ceremony at King’s House.
1
2

Powell, 84, who was born in New York to Jamaican parents and rose to lead the US military, was fond of his Jamaican heritage and took interest in the development of the country.

“It is a tremendous loss to Jamaica, and we have lost an icon,” Henzell, the operator of Jakes in Treasure Beach, told The Gleaner yesterday. “He is someone who I believe in his principles and his loyalty, and he is someone that Jamaica should find a way to honour. It is ironic that he has passed away on Heroes’ Monday.”

Henzell said that Powell, who had roots in Top Hill in the parish, was a mentor to him.

“I have read a lot of his books and I have always been incredibly proud that the roots of his family are from St Elizabeth.

“About eight years ago, we were building a military-assault course, and my wife suggested that I reach out to him to name it in his honour. I remember it was Ambassador [Pamela] Bridgewater, who was ambassador to Jamaica at the time, and she said, ‘I know him very well. Just write him a letter’,” Henzell recalled. “ I wrote him this letter, and lo and behold, he sent me an email, and I was in awe that I was communicating first-hand with Colin Powell, and he graciously accepted and agreed to do a video endorsing it, and you could tell he was honoured that we were asking him.”

“We have had many good conversations and very interesting discussions about Jamaica and the developments taking place,” Holness said.

Opposition Leader Mark Golding, the former justice minister who delivered the keynote address at the opening of the General Colin Powell Challenge Course in St Elizabeth in 2013, also expressed regret at the general’s passing, noting that “He was a trailblazer who shaped American foreign policy over several administrations”.

In his autobiography, Powell, who was inducted into the Order of Jamaica in 1994, made clear his fondness for calypso and reggae, Appleton rum, plantains, mutton, and rice and peas.

Leading a President Barack Obama-appointed high-level delegation to the island in 2012 as Jamaica celebrated 50 years of Independence, he noted that the Jamaicans in the diaspora were still invested in the future of the country.

“We never once lost our commitment and our connection to this country, those of us who have Jamaican parents. But it is not just our Jamaican heritage that makes us important. We understand the importance of Jamaica in the Caribbean region, and it’s for that reason why we have had such great relations over these many years,” Powell said during a press conference.

“Nothing compares to August 6, 1962, when the Union Jack came down and you gained your Independence. I remember that day vividly,” he added.