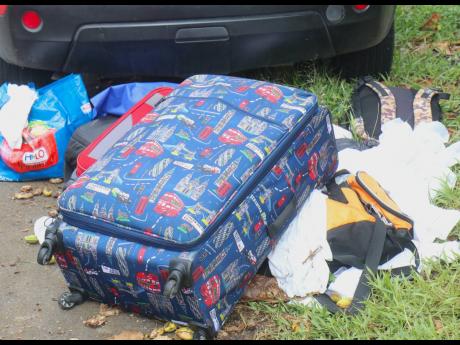 As discernment is replaced by manipulation, one of the most respected voices in the Baptist denomination is warning that personality cultism has no place in the Kingdom of God.

Former head of the Calvary Baptist Church in Montego Bay, St James, the Reverend Everton Jackson, yesterday made an impassioned plea on social media, calling on the Church to listen to what the Spirit is saying.

Jackson made reference to Sunday night’s bizarre bloody ritual that took place at the Pathways International Kingdom Restoration Ministries in Paradise, which has sent shock waves across the globe.

Jackson, who was appointed the director of integral mission at the Baptist World Alliance, said Sunday’s sacramental was a testament to the danger of personality cult.

“Personality cult is when people are polarised around influential personalities so much so that they lose the capacity to act on their own accord,” he explained, adding that it could also be covert.

“In some of our churches, they are powerful and privileged, the church leaders who exert unimaginable control over the minds of church members to the point wherein the spiritual practice of discernment is being undermined,” he said.

He is calling on the nation to pray against the evil of overt and covert personalities, with the hope that God may liberate His people from the clutches of human manipulation.

“Who have ears to hear, listen to what the Spirit is saying to the Church,” he pleaded.

While Jackson’s message was being broadcast from an unknown location overseas, the Jamaica Council of Churches (JCC) was also condemning the killings, which saw two members of the congregation being slaughtered in what was reportedly a ritual.

Another member was shot to death by the security forces when they retaliated after reportedly being shot at, the police told The Gleaner on Sunday.

The JCC described the incident as a religious tragedy.

“This dreadful incident understandably turns the spotlight on the place and practice of religion and faith in the life of a nation and its people. The value of religion and religious belief systems, as parts of the human experience, are well known and have been extensively studied and documented,” stated the press release undersigned by President Reverend Newton Dixon.

Dixon added that true Christian faith upholds the sanctity of life, based on the biblical understanding that all human beings are made in the “image and likeness of God”.

“ ... We denounce and condemn all forms of religious practices which exploit and endanger persons and expose them to harm or distress, as this is wholly inimical to the gospel of love, whose Progenitor and Exemplar is Jesus Christ, the Prince of Peace,” added Dixon.

The JCC is calling on Jamaicans to exercise critical discernment in all spheres of life, especially in spiritual and religious endeavours.